How offline investments fuelled an online boom for Grays 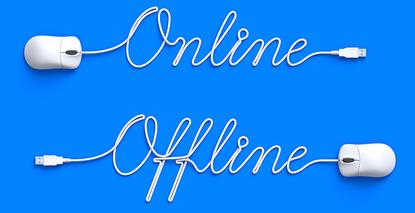 When the COVID-19 crisis pushed Australian consumers online in unprecedented numbers, ecommerce and auctions company, Grays, turned to an unconventional channel to help fuel its growth.

Grays’ marketplace welcomed over 2 million unique site visitors during the height of the lockdown - more than double its traffic over the same time last year. Of those, more than 1.2 million visitors were from mobile devices, which was up by 70 per cent.

When the surge first started to come through, Grays head of ecommerce, Natalie Ashes, and her colleagues immediately began thinking about how they could maximise the opportunity.

“At Grays, we’ve had an ‘invest only in digital’ attitude,” Ashes told CMO. “But when all of this happened, we pretty much questioned everything, because we saw other businesses that were pivoting.”

One of the strategies tested was to reach out to potential customers who not only had minimal experience with Grays, but of ecommerce altogether. That led to Grays making a return to newspaper print advertising.

“We did a few full-page ads in the SMH, advertising some of our consumer products, which worked really well,” Ashes said. “We saw results we had never seen previously when we did do print.

“Print is hard, but we incorporated QR codes in the campaign, so we were able to track them and see where people were coming from. It was a very consumer friendly campaign, and out of the registrations that we had for that month, we were able to attribute 20 per cent of them to the print campaigns.”

Ashes said much of the growth has come from people who have not visited Grays for some time.

“Grays as a business is 21 years old, and we have a database of 3 million Australians,” she said. “We are seeing customers come back to Grays that haven’t been purchasing from us for years. And the sentiment of our customers is that it is good to be back, and we have a huge range that is bigger than we have had before.”

Ashes and her colleagues also re-examined Grays’ entire online marketing strategy in light of the COVID-19 crisis, including the more than 2000 campaigns it runs across different product categories. This led to updating copy to reflect current market conditions, such as including references to contact-free delivery, or the ability for people to sell items and get cash quickly.

Grays also launched hundreds of new campaigns targeted at specific audience niches, and accelerated existing plans to expand product categories, such as real estate, boats and caravans, as well as facilitating the sale of entire businesses.

“I always say to the team, ‘don’t shout to the crowd, whisper to small groups’,” Ashes said. “While it was labour intensive, it was really worthwhile. We were able to target some of these little pockets of customers with our live sales.”

In addition, the company ramped up its use of YouTube pre-rolls and Gmail inbox advertising, and Ashes said even television advertising is being considered. The company has also been updating its UX, with facelifts for its product pages.

“We had the view that we’ll try and test anything, including multiple channels, and see what the return is,” Ashes said. “We are not saying no to anything at the moment. We have never worked so hard. But seeing the results is so rewarding, so everyone is so motivated.”

Another factor that has worked in Grays’ favour is the auction-based nature of its sales, which Ashes said has provided a form of entertainment for people who have had greater need for distraction than normal.

“There is a level of gamification that we have that other marketplaces don’t, and people have more time to participate in this auction world,” she said.

Grays has also benefitted from an earlier decision to migrate the company’s domains across the AWS, which has enabled it to scale its infrastructure as needed.

“We’ll monitor what the incoming traffic is, and then it will just spin up servers accordingly,” Ashes said. “We were lucky we had that project kicked off, because it had been in the wings for six months.”