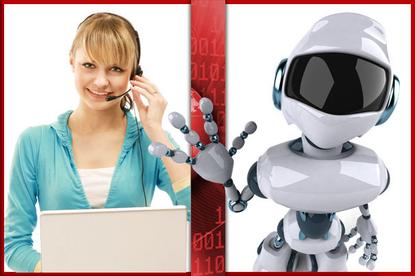 Customers want phone, email and online help, plus new tools like messaging and chatbots with help from real human agents, according to BT’s Autonomous Customer 2020 research.

The latest report report found while technologies come and go, the message from customers is unchanged: Make it easy, make it secure and we will reward you.

It also argues persuading customers to trust an organisation is about developing the right processes, supported by real people with great skills.

“But it’s tough, complicated and time is short. Digital transformation is happening at speed. Consumers faced with a less-than exceptional experience will be quick to take their custom elsewhere,” the report stated.

The report is based on a survey of 6000 online consumers across 12 countries, looking at how consumers want to contact businesses throughout their customer journey. It highlights the must-have channels for 2020 and beyond. The report outlines five central trends in customer contact.

1. Person-to-person calls are still the most popular channel

In 2020, more people than ever choose to phone the contact centre and speak to an agent. More than three in four (80 per cent) Australians called a contact centre over the last 12 months, making voice calls the most used channel.

"The phone is popular because it works, especially as an escalation channel. And newer digital alternatives don’t always work as well as they should. It’s just easier to make a call instead,” said BT partner principal innovation, Dr Nicola Millard.

2. Messaging has arrived, but enterprises should proceed with caution

That doesn't mean customers aren't wanting digital channels, however. Messaging apps, such as WhatsApp, Facebook Messenger and SMS, are such a part of everyday life, people want easy communication with banks, retailers and other organisations through them.

It doesn’t have to be the latest digital channel, either: Email still occupies second place in the Australian chart at 73 per cent, slightly more than the global average of 68 per cent. SMS communication, used by 20 per cent of Australians, is also very much alive and kicking.

3. Consumers are not using social media for contact (except as a last resort)

By contrast, social media is not a contact channel of choice. When people do use social media, it’s often as a last resort, to reinforce a complaint – and the organisation is usually quick to direct the conversation to a more private channel.

"It’s a technology that only makes sense where there’s a visual component to the interaction, like healthcare for example. We’ll see niche applications for video emerge in due course,” said Millard.

Consumers everywhere worry about their data and how safe it is (75 per cent in Australia). But Consumers are willing to trust new technologies: They like the idea of using voice biometrics for identification and verification.

According to BT, solving the trust issue is fundamental to giving customers a great experience online.

5. Consumers are ready to experience outbound services powered by AI

According to the report, we’ve also reached a tipping point for data-driven automation. Around the world, eight in 10 consumers, or three quarters of respondents in Australia, expected organisations to use artificial intelligence (AI) for proactive notifications that can prevent service issues.

Overall, the BT report argued people want every interaction to be engaging, personal and effortless – enjoyable, even. It says it’s important for companies and brands to understand consumers’ preferences and priorities, and how they might change throughout every twist and turn of each customer journey.

“What’s clear is that introducing one channel doesn’t displace another. The more channels you add, the more channels customers will use, sometimes juggling several simultaneously if they’re in a crisis,” said Millard.