Dos and don’ts of advertising during COVID-19 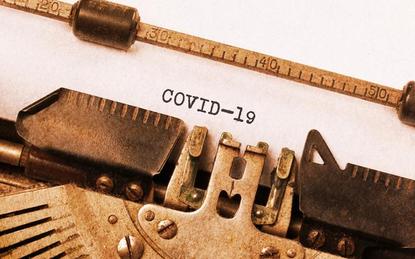 Half of Australians (51 per cent) say it's okay for brands to continue advertising during the COVID-19 pandemic, according to research conducted by Dynata. And when asked which messages resonate most, almost half (47 per cent) said ads communicating how a brand is contributing to the needs of the crisis were among the most appealing.

For those brands that do advertise, they should be mindful about acknowledging the pandemic, with 41 per cent of those surveyed saying they prefer ads that recognise the current crisis. Dynata Asia-Pacific MD, James Burge, told CMO while Australians don’t mind brands advertising during the pandemic, it’s important to consider how messaging will resonate with consumers.

“The research showed brands need to acknowledge the current crisis, with those failing to do so proving unpopular locally, so it’s imperative to proceed with some caution,” said Burge.

In terms of content, the survey found over one-third of Australians surveyed (39 per cent) believe advertisements should acknowledge the pandemic. When asked which messages resonate most during the pandemic, almost half of Australians surveyed said ads communicating how a brand is contributing to the needs of the crisis were among the most appealing.

“Brands should also consider how their actions and messaging convey direct support for consumers and the communities where they live and work, which when done well could produce lasting positive effects on consumer loyalty,” Burge explained.

The Dynata findings echo a similar report undertaken by Qualtrics in May, which showed consumers looking for informative, practical messaging from brands.

Dynata's research was conducted in the US, UK, France, Germany, the Netherlands, Spain and Australia between 28 April and 8 May, with a total of 9699 surveys and approximately 1200 per country.

The report also found one-third of Australians believe brands with non-pandemic related products and services should not be advertising during this time.

Ads that communicated how a brand’s products and services were still relevant during the pandemic also were rated as popular, with 44 per cent of Australians surveyed finding ads of this nature appealing. However, brands should err on the side of caution, as almost a quarter of Australians  said that ads that did not adjust their messaging were unappealing.

More than ever there’s a role for pre-testing creative and messaging if we want to ensure that Australians are receptive to our messages and advertising in the current climate and not interpreted negatively or seen as taking advantage of the pandemic,” he continued.

It’s not just advertising content that needs to be sensitive to the themes of the pandemic, according to the Dynata research. It also found images of people close together in ads, while many of are still social-distancing, can be a turn off, with almost one-third agreeing they don’t like seeing this.

Brand loyalty is another important component of pandemic advertising, the research indicates. Consumers surveyed say they will be more loyal to a brand once the pandemic is over if the brand continues to pay employees who are no longer able to work, with over half of Australians (54 per cent) responding they will be somewhat or much more loyal to brands that do so. And almost one-third of Australians say that their loyalty would be negatively impacted for brands that take no social action during the pandemic.

However, despite the positive sentiment around advertising during the crisis, there is also a significant risk from the perception of opportunism. The survey found almost half (44 per cent) agree that companies are taking advantage of the pandemic.

Burge said its data shows that 44 per cent of those surveyed agree companies are taking advantage of the pandemic. “Messaging should be considered carefully and focus on how brands are contributing,” he added.