McDonalds CMO to become top marketer at Arnott's from July 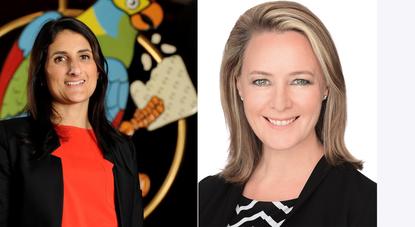 Arnott’s has confirmed Jenni Dill as its new chief marketing officer for Australia and New Zealand and appointed a chief customer officer under a new leadership structure.

Dill joins the FMCG brand from McDonald’s, where she spent four years a CMO. She resigned in February.

Dill's resume also includes 25 years with Pepsico in a variety of marketing roles both locally and in the US, UK and Ireland. Her final role was as senior marketing director for snacks and beverages across A/NZ.

Arnott’s said it’s now appointed interim CMO, Michelle Foley, as its chief customer officer for Australia and New Zealand. Foley was given the interim CMO post after the departure of David McNeil in January, and was previously head of marketing for the core snacking brands in A/NZ. She has more than 15 years’ experience with the business.

McNeil’s exit after a six-year tenure followed the 15-month long divestiture of Campbell’s international business and Arnott’s to KKR for $3.2 billion. He’s since joined Hasbro as its managing director for the Pacific region.

In a statement, Arnott’s CEO, George Zoghbi, said he was pleased to welcome someone of Dill’s calibre to the business on 6 July.

“Jenni will join the Arnott’s leadership team and be accountable for fostering a culture of break-through thinking and will drive growth and innovation opportunities, so we can continue to serve our loyal consumers,” he said.

Meanwhile, Zoghbi highlighted Foley's 16-year tenure at Arnott's in a range of increasingly senior roles as the reason for appointing her to the newly created position of chief customer officer. The remit includes overseeing the commercial sales team across A/NZ.

"As chief customer officer, Michelle will lead the development of the strategy to deliver a superior growth agenda in partnership with our valued key customers,” he said.

McDonald's has yet to confirm a CMO replacement for Dill.