Communications and brand lessons from COVID-19

An industry panel shares experiences and predictions on COVID-19 and what it means for brands and communications, marketing and the media 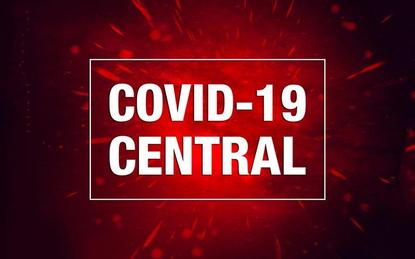 Brands must be agile, adapt communication to their audience, treat people well and adopt principles based on individual safety and embrace flexibility as they strive to recover from the COVID-19 crisis.

Those were headline takeaways from an industry discussion last week hosted by Sydney PR agency, Lighthouse Communications, which covered observations and learnings on the COVID-19 pandemic. The panel included corporate affairs, HR, marketing, government, media and PR representatives and explored and how things have changed across marketing, communications and the media.

Here, we present highlights from that discussion.

Retail at the frontline of a global crisis

At the frontline of the effects of the crisis, Coles media and sponsorship GM, Kate Bailey, said there wasn't ever really a question for the supermarket chain about what it would be communicating to customers and even if it should be communicating, because the impacts were so significant quite early on.

As the surge in supermarket sales took off, particularly in items like toilet paper which quickly spread to other basics, Bailey said they needed to consider what tone of voice they should be using as they talk to customers.

“What are the right media channels to use? And who's the voice of Coles and how should that be communicated? From the beginning, it was responding to unprecedented demand," she said. "We decided quite quickly the comms should come from our CEO or COO and that it was really important that we put a person behind the communication."

Coles built its COVID-19 comms around its websites, email database and its existing relationship with FlyBuys members, making a ready-made audience. It has continued with these channels throughout the past couple of months.

“Those were the channels where we could get messages to the market really quickly, without requiring a huge amount of artwork and being able to manage it remotely,” Bailey continued.

Supermarkets were a vital part of the pandemic, and managing both the customer experience side of things in tandem with the employee safety and security became another challenge. Here Bailey said the supermarket giant realised how important it was to create an experience that really helped team members manage through a really difficult time.

Four key principles guided the comms from mid-March until recently. Firstly the messaging needed to recognise the feeling of unease, both with customers and team members; secondly, managing team members safety; thirdly, recognising the demand for cooking inspiration through its websites; and finally, keeping customers regularly updated.

Government as the source of truth

NSW Ministry for Health director of communications, Judy Goldman, said as news of the coronavirus started to emerge, the department soon realised it was dealing with something without precedent, even for those who had dealt with similar situations with viruses such as SARS and MERS.

This resulted in a situation where the team would be given information in the morning and were starting to plan the communications, but find the situation had changed an hour later.

The first challenge was how to be transparent and proactive in an environment where there’s a lack of understanding about what and how to do it in this kind of situation. “It was about getting the right information to the right people. But when the number of cases started to grow, the comms strategy quickly moved into another gear,” Goldman said.

Goldman explained the communications team couldn’t create content fast enough on the topic of COVID-19 because of the insatiable appetite for information, both from the media and the public. This saw Facebook followers spike in number, put all content across its existing channels and also examine the other channels they could use. Added to this, the NSW Ministry for Health had to rapidly assemble a team to execute communications.

The department quickly became a source of truth for both Federal and state governments, individuals themselves as well as doctors and health practitioners wanting information to provide to patients and clients. Going through this experience, Goldman said clear roles and responsibilities is key to managing teams in these environments. “You have to create a purpose-built team,” she said.

Also providing a perspective on government and public health communications, Simon King, director of communications for the NSW minister for customer service, said the first task was to help make people aware of the pandemic situation and also drive people to the NSW government website as the source of truth for all the COVID-19-related information.

To help, King pointed to a heat map, which visually depicted the number of active cases and testing spots as the most transparent piece of communications.

“If you want to get the message to the right people, look at the data and look at where the problem areas are. And you can look at vulnerable areas, such as hospitals or aged care centres,” he said. “It wasn’t a ‘one size fits all’ approach to messaging, it was very data-driven approach to make sure those who were most exposed were getting the messaging.”

King also said the vast array of social channels and service centres allowed his team to “listen to the people of New South Wales and understand their questions and concerns and then use that to provide the right information to them through the government website and its other social channels”.

“And it could be fed to the department of health and the Premier about what they need to be touching on in their daily press conferences,” he said.

Up next: How the media handles a crisis, Telstra's connectivity role, and one futurist predicts what COVID-19 means for us long term

How the media handles a crisis

Speaking on the media experience of the COVID-19 crisis, ABC Business journalist, Nassim Khadem, explained how the pandemic went from being a story about a virus coming out of China to one that encompassed a pandemic, businesses shocks and sudden, mass stand downs and unemployment, economic support packages and more.

“Coronavirus is not only a big health story, it’s the biggest economic story I've personally covered, far bigger than the GFC,” Khadem said. It's also driven demand for information that has translated into significant growth across the ABC.

Nova national news director, Michelle Stephenson, explained how the volume and speed of information coming through was unprecedented. Typically, the afternoon news might have one piece of breaking news, but at the height of the crisis, breaking news was emerging every five minutes.

“And to keep up, we had to do COVID updates and the challenge is gathering all of that from a national perspective with different time zones and this is while advertising dollars are dropping and that limits how many additional journalists I can pull in,” Stephenson said.

Nova's approach to choosing the news items included thinking through the information people needed to know, which included changing supermarket opening hours, venues closing and the logistics that people have to deal with in their everyday lives.

On the advertising and agency side of things, oOh!media chief people and culture officer, Steve Reid, reiterated a similar sentiment to what most people felt, which is that there was no playbook for this kind of crisis. Reid said that in a time of extreme uncertainty, it was about looking to provide clarity.

“One of the best ways to do that is with consistent communication, constant communication and make sure it's relevant to people as well,” he said. “And if there’s no playbook, what principles do we want to apply?”

Speaking about employee experience, he said that “how you treat your employees through these periods becomes the new baseline for how you think you value them”.

“It’s putting people front and centre and asking how you want them to remember this experience and how they were treated through it. And if you do a good job of that, it gives you the best chance of coming out the other side and surviving as an organisation because your people want you to survive.”

Why COVID-19 changes everything

Telstra head of communications, Nicole McKechnie, said COVID was a very different crisis to any other crisis she’s been in during her time with the telco. “This is the first crisis you've had to manage as a communicator, but also live through it yourself,” McKechnie said.

“The emotional impacts, the psychological impacts and the very different way of working. In any other crisis, you’re removed from it, but in this one, you’re part of it.”

For Telstra, connectivity is critical, and the telco has played a critical role in the community during the crisis. This brought with it many pros and cons, McKechnie reflected. And after resetting its strategy 2018 and with its history of being government-owned, Telstra found itself in an interesting position.

The telco activated its crisis management team in the bushfires and this followed with the covid crisis and it knew right away it wanted to be on the front foot in helping customers from provisioning data to bill relief for affected customers and increasing employees for local call centres.

“WIth Covid, we went through one thing after another happening. Like with crisis simulation, but it was happening and it was one after the other. As soon as we got one thing, there was another thing to deal with,” McKechnie said. “At the same time, understanding that connectivity was never more important than during this time.”

“Our comms strategy was to be very open and transparent about the things that might happen, and the impact that it might have, even though we were doing everything we could behind the scenes to prevent it. But we wanted to prepare people at the same time as looking after customers.”

Futurist and author, Mark Pesce, rounded out the panel and he summed up the pandemic experience with the main themes and suggestions on how things will change as we head into the immediate period after the crisis.

Pesce said he typically looks ahead in a time period of 30 years, which equates to a billion seconds. As the pandemic crisis broke and the news cycle went crazy this collapsed “from a billion seconds to about half an hour”.

“And this is why all of us were walking around shell shocked because the world kept on changing very, very quickly. And I realized that as a futurist, I had to approach this by thinking about how I could help people plan for how long we could actually see in front of us, see the horizon,” he said.

Pesce said as the weeks have gone by, we’ve progressed from being able to see a couple of days ahead to being able to see ahead to the end of the month. Looking further ahead at the ramifications, he predicted the rise of the sterile economy as people view things in terms of safety, which is connected to sterility and cleanliness.

“And any brand or any situation that makes people feel uneasy about how unclean it is, is going to reflect very badly on them at this point,” Pesce said.

Pesce also expected a further move to contactless transactions and the rise of economic nationalism because of supply chain issues during the crisis. To continue with the usual way is to do it distantly and rely on supply chains that have already imploded, and with the expected flare ups in the situation from time to time, supply chains will continue to be unreliable for some time into the future.