Amazon, search engines and retails sites are high up the list when it comes to sources of inspiration for consumers shopping online. 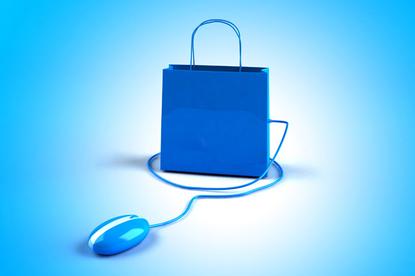 Across all countries, just over half of consumers are using Amazon and search engines as their starting point for inspiration, according to the Future Shopper 2020 report.

By contrast, the report found just 20 per cent of Australian respondents turn to Amazon for inspiration when starting their online shopping journey.

Next in line are retail sites, social media and branded websites are the first choice for about 20 per cent of those surveyed. Newspapers, physical and online, and retail apps are each the first port of call for less than 5 per cent. However, just 26 per cent of the local Australian shoppers surveyed said they turn to branded sites for inspiration.

The research, conducted by Censuswide, interviewed online a total of 14,103 consumers who shop online at least once a month during February and March 2020 in the UK, US, Australia, Germany, Spain, France and Netherlands.

“With access to range being one of the driving forces behind the rise in digital commerce, it shouldn’t be that surprising the platforms that aggregate products – Amazon, search engines and retail sites – are high up the list when it comes to inspiration,” said Wunderman Thompson Commerce global CEO, Neil Stewart.

Early days for the COVID effect

The fourth iteration of the Wunderman Thompson Commerce report commenced as the COVID-19 crisis started to take effect. Its authors said the findings provide initial insight into ecommerce shopping habits and how these might change in the future from the effects of the pandemic.

“Irrespective of the pandemic, one thing is clear; digital commerce is on the rise with 65 per cent of consumers saying they personally expect to use digital shopping channels more in the future,” the report authors stated.

Once inspired, the next step for consumers is to search, often referred to as the ‘first digital mile’ and dominated by Google for a long time. However, the survey suggested it’s been under threat for several years. Of those surveyed, 63 per cent said their online searches for products now start with Amazon, while search engines take second spot, with 48 per cent.

Wunderman Thompson Commerce senior consultant, Chioma Anokuru, said by effectively ‘owning’ product search, Amazon has placed itself in an extremely strong position. “But all is not lost for retailers and brands. They must work harder to ensure that they drive consumers to search on their sites – using exclusives, personalisation and targeting,” she said.

After the search phase, it’s purchase time. The most important factor here is price, with 98 per cent of online shopper respondents citing this as their top decision maker. Coming a close second in joint place are accurate product descriptions (94 per cent) and knowing if the item is in stock online (94 per cent). Imagery and an easy way of finding the product came in joint fourth with 93 per cent of respondents. This is followed by free and convenient delivery (92 per cent) and strong customer service (90 per cent).

“Loyalty to service, rather than brand, is a trend that we’ve seen over the last few years. Service is likely to play an increasingly important role in this COVID-19 affected world where our parameters of what is good have changed,” said the report's authors.

When it comes to delivery, Amazon is perceived by 57 per cent of online shoppers surveyed to be the number one when it comes to getting products to customers in a timely fashion. The research found global consumers can expect to wait less than three days (2.85) for their item to arrive and the report said its data seems to be indicating that consumers’ expectations around delivery are levelling out.

In Australia, the average time online shoppers expect to wait for their orders to arrive is 4.16 days. Wunderman Thompson Commerce head of grocery, Tim Reay, said delivery timescales are still a challenge for most businesses and, while he has not seen that demand for speed increase, he predicted it will over time.

“With COVID-19 pushing us all into a society more dependent on delivery, its importance is likely to rise. As supply chains are challenged, it’s likely consumers will stomach a slowing down of delivery. But once up and running again, demand for fast delivery will be greater than ever before,” he said.

Finally, loyalty and supermarket loyalty programs were found to still be popular, with nearly three quarters of respondents (74 per cent) belonging to a grocery loyalty scheme – more popular even than Amazon’s Prime. In Australia, membership of travel loyalty schemes was very high compared to other countries (40 per cent). Across all respondents, 55 per cent said they were Prime members, although in Australia, a much lower 23 per cent belong to Amazon’s loyalty scheme.

“It’s not surprising grocery loyalty schemes and Prime occupy the top two spots. The frequency of the purchasing coupled with tangible benefits for the consumer in cost savings and improved service justify membership to most consumers,” the authors noted.

Looking at the data as a whole, the authors said Amazon has a grip on several major consumer touchpoints. Search engines and retailers who aggregate data and sell wide ranges of products are the next strongest group, “backing up the idea that consumers want ease, speed and convenience”.

“Brands must effectively operate across all channels in order to ensure consumers can find them wherever they get inspiration, search, transact and re-purchase,” the authors added.