Why Carsales opted for long-form video in latest campaign 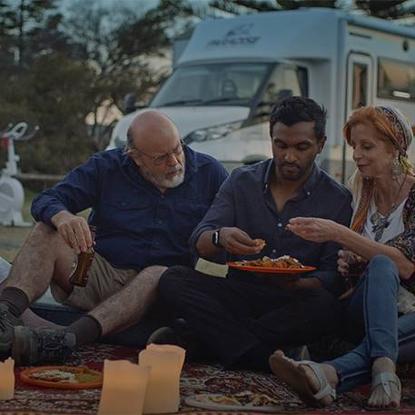 Carsales has wrapped up its brand new social content series, ‘Grey Nomads’, a light-hearted look at the life of caravanning around Australia on the ‘Big Lap’.

Specifically targeted for social media engagement, it consisted of six episodes of about seven minutes duration and clocked up over 12 million video views. Carsales CMO, Kellie Cordner, explained to CMO how long-form content works well in engaging older audiences and acts as a potent precursor to future use.

“Where this segment has always been somewhat of a hard marker in our brand health, there have been significant shifts in consideration and preference, which we know are the lead indicators of sales,” said Cordner.

Having traditionally looked for more traction with the over-55s market, Carsales identified the Grey Nomads roadtrip theme as a way to connect with this audience. The idea was to depict older, retired roadtripers embracing freedom and friendships in life on the road.

Carsales has played the long-game in courting the older demographic, taking its time to establish a connection and understand the group. And the choice of long-form content was deliberate because, as Cordner said, “connecting is hard to do in the world of six seconds”.

“We know they love a bit of Facebook time, so it felt like the right channel to start the conversation and have a little fun,” she continued.

Two years in the making, the series features some of Australia’s favourite film and television stars, including Steve Bisley, Kerry Armstrong, Nazeem Hussain, Denise Roberts. It also shows people from diverse backgrounds finding commonality and a way to belong through life on the road.

Cordner said metrics revealed strong engagement and even surprised them, with videos viewed over 12 million times, which equates to around 7.5 million minutes of content watched, 130,000 pieces of social engagement, and “brand affinity lift conducted by Facebook the highest of any auto campaign in the Asia-Pacific region”.

“They were staggering results for a campaign with only around $200,000 of paid spend behind it,” she said.

Carsales’ wider strategy has been to connect and build brand engagement across all segments. “As a brand that has a very wide target audience of anyone with a driver's licence, we needed to move the engagement and audience mix of 55-plus,” Cordner said.

“The challenge in being everything to everyone is that ultimately the creative can end up a little vanilla as you're trying to appeal too wide. So we have chosen to use specific channels and programs to do the brand saliency work and other channels to do the storytelling and product messaging."

Looking ahead, Cordner said the success of this style of campaign gives her team confidence to not be afraid of taking the “longer way home to get the right brand outcome”. “What we found is that this segment has a fantastic ability to have a good laugh at themselves and life, and there’s plenty of living and laughing to be done post-retirement,” she said.

The positive response to Grey Nomads from the grey nomads themselves has put the potential of a second series on the cards. However, Cordner said, Carsales will only pursue ideas “based on human insight and ultimately to entertain or tell a story”.

“I think to really find the insight and walk a mile in the shoes of who you are targeting, most definitely helps,” she said.