How this startup pivoted to address skyrocketing digital ordering demand

Leaning in to its CRM, this Australian digital ordering startup was flooded with demand when coronavirus shutdowns had restaurants and cafes scrambling to pivot to selling direct to diners 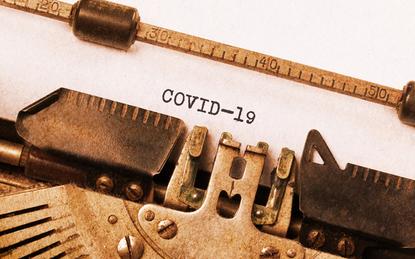 Working around the clock as the crisis unfolded, it’s no exaggeration to say the fledgling outfit was hit with a tsunami of demand, many from venue owners fighting to save their businesses, sometimes in tears on the phone explaining their situation and looking for help.

“Looking back at where HungryHungry was, I’d say our next two years' work just happened in the last six weeks,” HungryHungry co-founder, Mark Calabro, tells CMO.

The startup was just starting to gain traction talking to restaurants, cafes and the like about digital menus for ordering in-house at venues, a part of the food and beverage industry with promising potential.

“We were playing heavily in an area of the industry that has been largely untapped, which is ordering food on your own device inside the venue. And to put that in context, it's a $45 billion industry, food and beverage ordering in-venue, and about a $3 billion industry for take home ordering,” Calabro explained.

Seeing what was unfolding overseas with wholesale venue shutdowns and severe restrictions on movement thanks to COVID-19, a very quick decision was made to repurpose all developers towards deploying its tech toward pickup and delivery functionality for venues about to be hit with shutdowns in Australia. And eyeing empty roads, Calabro said, the team saw another opportunity.

“We thought how cool would it be for people ordering from home to be able to just drive up to the local eatery and just stop and have staff bring the food out,” he said. “So we also built out extra functionality around fulfillment types that allowed for drivers.”

The massive spike in demand has meant HungryHungry has had to lean in to its customer relationship management platform, HubSpotCRM, to cope with the sudden increase in demand for rapid decision making.

“We've had about 400 per cent growth on the network and we’re still a startup so that’s huge,” Calabro said.
“We need to find out what that business looks like and needs before it’s been given off to one of our sales consultants, plus the speed at which we need to make decisions now is even more critical.

“But it’s not just in sales, it’s also general support and inquiries on our network, sending out communications, and recording which customers have called in looking for support. And we've needed to be very careful in those comms because we're dealing with businesses that are among the most distressed in the country because of the shutdown.”

Calabro said the hospitality software startup is planning to do a Series A funding round within the next year and, looking at the wider hospitality industry in Australia, can see it’s playing catch up when it comes to digital menus and ordering platforms. COVID-19 restrictions have suddenly put venues on fast forward with their digital adoption plans, and Calabro agreed things will never be the same again.

“Restaurants are saying we're going to sell direct to our customers, not not just through aggregators like UberEats for pickups, we’re going to keep doing this. This is a very different world now,” he said.

Echoing the point that a customer database is like a command centre, whether it's business as usual or a fight for survival, HubSpot senior customer success manager, Cindy Huang, told CMO such platforms are about "building a kind of self-sufficiency for the business".

But CRM also shouldn't be a ‘set and forget’ platform and the current situation vividly demonstrates to most businesses the need for adaptability, Huang said.

“In this case, a lot of change has happened in a very short time and the HungryHungry team has taken on board the learnings about how data can really play a significant role in identifying where there are opportunities and how to prioritise your time,” she said.

For Huang, one of the key learnings through this crisis has been many businesses discovering their data isn’t as clean as it should be. She saw these these extreme situations forcing more organisations to make adjustments and set up new dashboards.

"Businesses need to make those calls first and foremost, and then pivot those scores as their business grows and scales," she added.