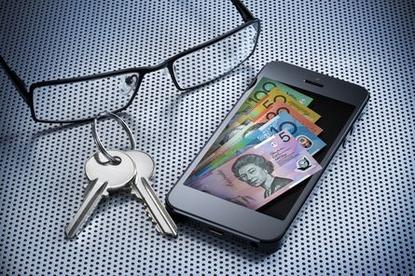 As physical cards and coupons are becoming obsolete, new technology like mobile wallets are changing the way customers are interacting with brands.

City Tattersalls Club, a 120-year-old social club located in Sydney’s CBD, saw the limitations of using traditional vouchers and cards and decided it was time to embrace customer loyalty in the digital realm.

“We’re a club which has been around for about 125 years and we have new members, we have some older members and we've got some young members. And we wanted to find a way to do anything from promotions to marketing campaigns using a digital wallet,” City Tattersalls Club CEO, Marcelo Veloz, explained to CMO.

The club runs a lot of campaigns and a lot of promotions and Veloz said “most were paper-based and done through people’s actions”. Tatts wanted to change that so people would get a call to action for a campaign and incentivised and rewarded for being engaged.

It all started when Veloz himself was at a restaurant in Melbourne and was given a voucher to come back to the restaurant but knew he was unlikely to use it again.

“When I came back to Sydney I was thinking about how in 2020 we were still giving vouchers,” he said.

Veloz saw it as a problem for his own club, but it got him thinking about how to adopt a similar program for City Tatts.

The club itself has a small IT team and needed to technical know-how and support of a third-party. As Veloz put it, the Tatts came up with the idea, but Ovato knew how to handle the technical issues. One of many was getting through the Apple and Google app store hurdles.

In terms of any issues, at the beginning, it was just trying to get the certificate from Apple. “But once we managed to get those through, it was pretty seamless,” Veloz said.

“Ovato handled the number of certificates that needed to be done through Apple and Android. I wasn't sure about all the technical issues that we would have had to go through, but Ovato managed to model that for us and deliver the platform.”

Overall, Veloz described the process of migrating to a digital loyalty program as seamless. And after the success of the first campaign, he could see many opportunities to expand into other club services.

The concept of a rewards program is straightforward. As a club, the conventional way of handling member programs is to reward members with points as they spend on food, beverages, gaming and so on. But all that has been transformed. The beauty of the digital program is it enables engagement without needing to physically come into the club.

“They can sign into the program now from their mobile device and then redeem any of the products or the facilities or the services that we're going to make available on the platform,” Veloz continued. “They no longer have to come into the club and the engagement continues after they leave the club.

City Tattersalls has platforms that can also connect to some of the other programs, whether it be the fitness program or software that runs a membership. "We will be able to keep track of all the data and the intelligence and analytics that derive from it,” Veloz said.

Ovato regional manager technology, Alex Catalan, told CMO it first needed to understand the challenges facing City Tattersalls and then to develop a solution to drive both loyalty and foot traffic into the club.

“When you digitise a loyalty program, you get a live breathing card that is always with you, never gets lost or stolen and can be accessed without opening a wallet or even unlocking your phone,” he said.

Apart from accruing points and things like birthday and special offers, geo-location gives real-time alerts about vouchers or offers.

The result: Deepening into digital

Catalan said the program can obtain a great amount of insight into how the club’s customers interact with the program.

“From high-level sending statistics down to an individual level, it is able to understand how customers move through the program, from being invited to adding the pass to their mobile wallet down to when it is used,” he said. “We are able to understand the mix between Android and Apple devices and which methods are the most effective for adoption.”

The program has entirely reshaped the club’s definition of loyalty and providing value to members, Veloz explained.

“I think once upon a time, we just wanted members to come to the club and spend time  in the club. Now we’ve realised we can facilitate services and products to our members, and the loyalty will be generated by that engagement, by the constant interaction, whether it be physical or online," he said. “It’s more solution-based rather than just giving somebody a voucher to just come to the club.”

As a result of adopting a digital loyalty program, City Tatts saw a boost in customer interactions, from an increased email open rates and survey completion rates to the number of mobile pass downloads. The take-up was enthusiastic from the get-go.

“With the first one, the club was able to survey some 9000 members. And about 80 per cent of those people who completed surveys then got access to a digital wallet,” Veloz said.

He described it as a “two-fold benefit” for the club to engage the younger members but also to gauge the appetite for a digital loyalty program with its older members.

“And even they managed to complete the survey, download the app, save it to the phone,” he said. “So that promotion will not just be on a piece of paper that eventually gets thrown away.”

The power of the digital wallet is a repeat reminder about the benefits of loyalty, not a one-off voucher which can be easily lost or binned.

“Every time they come into the club, they will receive an alert, reminding them that they have a reward that hadn't been used so that we could actually drive some traffic into the club. And that was the beginning of the sort of digitalisation of process,” Veloz said.

The return on investment is seen as having both tangible and intangible aspects. And helping to give a clearer outline to customer loyalty through the many points of digital engagement.

“The tangible return is people spending more on food and beverage and even the membership, but it also has that intangible side, which is so important moving forward past COVID-19, which is having people using our platforms, knowing how many people have used the platforms, and knowing they're still engaged with us.”

“This will give City Tattersalls the ability to run loyalty promotions straight to lock screens (or smart watch screens) automatically as customers change floors,” he said.

The club is also planning to expand its digital offers and even host its AGM online because the take-up of the digital membership wallet has given them to signal their members, young and older, are willing and able to engage in the digital realm and enjoy the convenience and personalisation.

“If they're opening our emails or opening our offers, navigating through our website, we know their patronage was captured and their loyalty, and moving forward it is going to be extremely important,” Veloz added.