COVID-19 leads to uptick in TV and catch-up 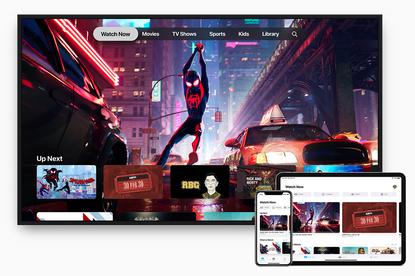 The Covid-19 crisis has led to a steady rise in TV and catch-up viewing each week in March, according to the latest figures from ThinkTV.

The industry body for commercial broadcasters said everything has changed because of the pandemic, heralding a ‘new normal’ in TV viewing that the industry is yet to fully comprehend.

"As marketers continue to navigate the constantly evolving situation, we would encourage them to consider carefully how they cut and reallocate media spend with a focus on channels," said ThinkTV CEO, Kim Portrate.

The numbers show TV viewing across all viewer segments is up 13 per cent across the day and catch-up TV (BVOD) is up 12.5 per cent in the last week of March when compared to the previous week. Commenting on the uncharted territory of a modern-day pandemic in the era of widespread access to catch-up TV, Portrate said "BVOD viewership is at the highest it has ever been".

ThinkTV said the last week of March saw large numbers of Australians shift to working from home and its data indicates viewers are keeping a close eye on the TV for the latest news and advice from government. It also found people are turning to catch-up TV in greater numbers for some light reality, drama and comedy relief to escape the news reality.

ThinkTV data shows for primetime TV, total people grew 9 per cent week on week, the 6pm news bulletins increased 17.4 per cent in a week and news programming accounts for all of the top 10 programs. Average daily reach of prime time TV in metro markets increased from 7.9 million to 8.4 million across the same period.

Portrate counselled marketers to think strategically during this unprecedented, disruptive event because the ThinkTV CEO says they are always best served by media channels "that have the power to reach and engage audiences while also amplifying other channels".

"And consider the words of Peter Field who says 'now is not the time to go dark'," she added