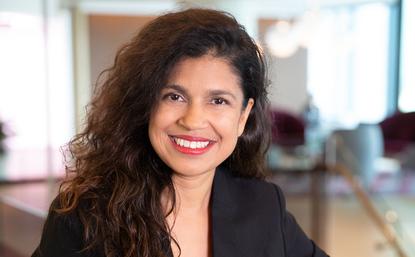 WPP AUNZ has confirmed the departure of its chief customer officer, Sunita Gloster, after less than 18 months in the role and a month after the group posted more than $230 million in losses in the first-half 2020.

“By mutual decision, Sunita Gloster, chief customer officer, and WPP AUNZ, have agreed that she will leave the business,” the statement read. “On behalf of everyone at WPP AUNZ, we thank Sunita for her contribution and wish her the very best for the future.”

Gloster took up the newly created role in November 2018. At the time, WPP’s executive director, John Steedman, described the role as both pivotal and timely and one driven by a strong emphasis on growth and creating a leadership profile for the group.

“Through the lens of our clients, this role will ensure the WPP AUNZ offer addresses the needs of customers and partners in a challenging and complex time for marketing communications,” he said at the time. “The role will also draw upon expertise from WPP Global, while exploring new strategic partnerships that support and better integrate the existing operational units to drive growth for WPP AUNZ clients.”

The news comes a month after WPP posted a $235.5 million loss for its 2020 first-half financial year off the back of a 4.4 per cent drop in sales, a fall attributed to lost customer accounts as well as goodwill write-offs.

Following the poor results, WPP unveiled a new corporate strategy aimed at returning the holding company to positive growth margins. The new strategy for the region, including South-East Asia, centres around the central pillars - transform, strengthen and grow - and aims to accelerate organic growth by expanding commerce, experience and technology offerings.

Gloster’s background has been largely in the agency and holding company space, although immediately prior to WPP, she spent nine months as a director in PwC’s CMO Advisory practice. Prior to this, she was briefly chief commercial and strategy officer at Network Ten before it was acquired by CBS.