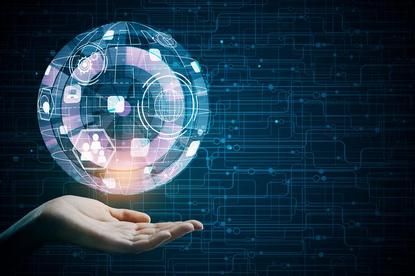 Universities have huge amounts of data representing untapped potential. But many of them are being held back by manual, slow and error-prone processes.

Deakin University set itself an ambitious goal of integrating all its data from disparate sources to radically improve timeframes and processes for handling communications with students and prospective students. The aim was also to build intelligent insights in order to match courses with real-world needs and interests.

Breaking down the data silos

The task was “understanding what the customer is doing at that particular point in time with Deakin and then talking to them about the specific problems that they're facing rather than them being faceless customers,” Deakin University manager of marketing analytics, Chris Logie, told CMO.

Logie, in particular, was tasked with “connecting the data”. “There were various tools being used for different aspects of different processes, from Excel to SPSS [Statistical Package for the Social Sciences]. But those tools obviously solve a point-in-time problem,” he explained.

“They don't necessarily link everything together, nor are they used for automation or connecting data very easily.”

Time is of the essence, particularly in marketing. So the other challenge facing Logie and the team was deploying any new solution in a timely manner.

“Typically in projects like this, when integrating or blending data from different systems, it takes a long time. Obviously, marketing doesn't allow for that. We have to work really quickly, otherwise we lose our advantage,” he said.

Deakin invested in data analytics platform, Alteryx, what Logie referred to as “the brain to everything we do”. The platform was used to collate and manage data from all disparate sources.

“It looks at anything from pulling data into it from different systems, pushing it into different algorithms or workflows, and running it through data cleansing, preparation, joining, parsing. Transforming data to be able to report from it all the way through to the prescriptive or predictive modelling,” Logie said.

Data management was just one of the benefits, Logie said. The other was the practical, tangible insights it yields.

“The real benefit, and I think one of the gaps in a lot of how marketing functions work, is you can deploy any insights that you derive,” he said. “A lot of systems can pull data in and work with the data and get it into the format you want. You can build your insights through the data. But the big difference for me is that because the Alteryx community is so active, like creating integrations with other tools, and the product so well developed, you can also deploy any of the solutions that you need.

“A huge gap in analytics in general, is not being able to operationalise your insights.”

Logie said historically, line-of-business would go to an IT team and ask for a solution that helps integrate data from a certain point to another point. Another tool might extract the data and put it in a particular place, then a third tool would pick it up, disseminate it and push it into something else.

“So you'd be relying on it to develop that component of the application,” he explained.

“Alteryx has that functionality out-of-the-box. And we use it for anything from pushing to our visualisations platform through to pushing into our CRM, to pushing directly to our automation teams. It's a real game-changer.”

In terms of deployment, Logie and the team started with a modest proof of concept (POC) project challenge to build a data visualisation of their KPIs. Not only was the new process much quicker to build in Alteryx, there was also better outcomes.

“It took substantially less time, I think it was roughly 25 days less time to develop the solution in Alteryx, compared to the old way of working,” he said. “Because you could build the solution in front of our customers, you could collaborate and use their business insights to get a better product at the end of it.”

The deployment itself was relatively straightforward because success with the first few instances of using the tool built momentum towards deployment and integration.

“We started with one licence, now we have roughly 10 licences, and the variety of tasks that Alteryx is getting asked to do on a daily basis has grown exponentially,” Logie said.

In terms of hurdles in deployment, Logie found, like any large organisation, there was vested interest in certain tools or solutions. But having early wins helped the adoption process.

“Having success in the front-end and being able to do things other people weren't able to do, and they wanted to do, from something as basic as picking up extracts of data and running it through a system which could save one person 10 minutes every day, and so forth. But those small wins, those incremental wins, add up very quickly,” he said.

One of the principles Logie and the team looked at was identifying clear needs to integrate data, automate data and use analytics.

“The university is really diverse and it's quite complex. So whatever tool we chose, we wanted to make sure we weren't going to build another silo. We didn't want to perpetuate the challenge we saw in front of us,” Logie said.

The Alteryx platform has enabled the university to overhaul handling of student inquiries and has radically shortened turnaround times in responding to inquiries. And these aren’t just feel-good metrics. It’s led to a tangible uptick in conversion - a valuable metric in the competitive higher education market.

“Previously, teams were running inquiries in a campaign-style marketing approach. So at the end of every week, they would take a look at all of the customers who have contacted the university, cleanse the data and put it in a particular format to understand what they wanted and who needed to help,” Logie said. “There was a week lead time to even prepare the data and then contact customers.”

“But with Alteryx, we managed to automate it. We pull it out from all of these systems, cleanse it, get it into the right format and push up into the CRM. It didn't just reduce the time to contact customers to 24 hours from a week, it also changed the way we worked as a division. So we were working to a campaign style-marketing approach and moved to an always-on marketing approach.

“That was a huge win for us. In some of the campaigns we ran, we saw 21 per cent conversion improvements.”

Rolling out agile marketing at Deakin

Another area Alteryx has been deployed in is matching university courses to real-world student demand and workplace needs.

“We bought a matrix, which assesses the market attractiveness of courses and strength of our courses. I wouldn't have been able to do it with other tools nearly as quickly or as effectively as I did with Alteryx,” Logie said.

“The whole premise behind the matrix is being able to identify courses that support jobs of the future. We look at what courses are growing in the market and what key occupations or jobs or skills are growing in demand in Australia so we can align those more closely.”

This represented a big change for the entire university. Previously, each faculty had its own approach to that process. The new platform gave them a central point of truth and more consistent way of measuring it.

“We are connecting the martech stack. It's been critical to us identifying challenges customers have. People might identify an issue or challenge they have in their data, but they don't necessarily think of the implications of it,” Logie said. “So, for instance, if a customer receives an offer in their email, but they don't realise they've received it yet and don’t accept the offer, that outcome is a bad customer experience.

“If you look at that as a proxy for every moment in a prospective student’s journey, there are so many opportunities to affect the customer experience and improve what can be a challenging time in anyone's life - getting into university.”

In the end, it’s about having more scrutiny across the communication process and through the martech funnel.

“I think the age old problem of having disparate systems and not being able to integrate data to get a full picture is coming to an end. It's not an easy thing to do necessarily, but the barriers are certainly getting lower and lower,” Logie added.