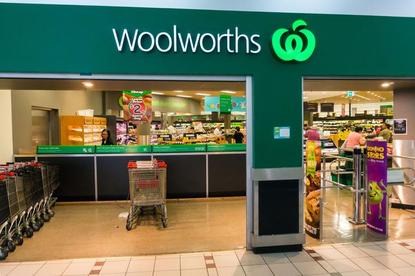 Supermarket giants, Coles and Woolworths, have moved to introduce a number of temporary measures in a bid to help support the shopping needs of the elderly and people with a disability in the wake of the COVID-19 pandemic.

From Tuesday 17 March until at least Friday, Woolworths will open exclusively for the elderly and those with a disability to shop from 7am to 8am. To qualify, customers will need a relevant Government-issued disability or pension concession card.

The unprecedented demand in supermarkets over the past week, which has seen many elderly and vulnerable people in the community missing out on vital items they may need when they shop, has prompted Woolworths to respond.

Woolworths Supermarkets managing director, Claire Peters, said many of its elderly customers have been missing out on essential items when they shop and it’s aimed at helping them purchase essential items in a less crowded environment.

“We continue to encourage all Australians to be mindful of those in our communities who might need extra help at this time. Now, more than ever, we need to be kind to each other, especially to those most vulnerable,” said Peters.

The move follows the announcement last week Woolworths had begun working with Meals on Wheels in New South Wales, via its network of volunteers, to help deliver toilet paper directly to the elderly in the community.

For its part, Coles has followed suit andintroduced a dedicated “Community Hour” in all supermarkets to improve access to essential groceries for those with a Government card during this time of unprecedented demand. Its stores will also close no later than 8pm for cleaning and to replenish shelves for the next day.

It is also recruiting thousands of casual staff to meet increased customer demand and offer employment opportunities for Australians working in other industries impacted by COVID-19.

To address demand spikes, Coles has also introduced purchase limits on certain staple items, such as one pack of toilet paper per person and two items per person of other basics, including pasta, flour, rice, tissues, hand sanitiser and mince meat. And it advises people who are missing out on essential items due to surge in demand to visit the Foodbank website to find a local charity or service nearby.

“We urge customers to shop as they normally would to ensure that everyone in the community has access to
their share of grocery items," said Coles CEO Steven Cain.