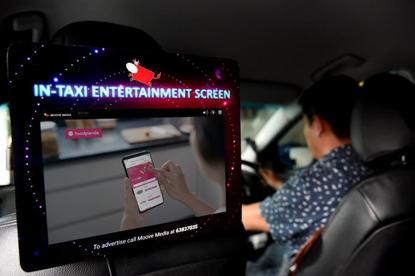 Foodpanda is mobile food delivery marketplace with over 150,000 restaurant partners across the Asia-Pacific region. In Singapore, foodpanda has recently expanded to offer more services on its platforms, including 24/7 on-demand grocery deliveries, allowing for additional customer touchpoints to drive brand loyalty.

Conducted in partnership with Moving Walls, a South East Asian advertising technology company, the pilot is envisaged to provide increased transparency, end-to-end visibility of campaign performance and greater cost-efficiencies across the DOOH media supply chain. The campaign will run exclusively in Singapore in March across over 2000 displays in lobbies of condominiums, housing board blocks, office buildings and taxis.

The pilot will offer an independent, real-time view of campaign performance, enabling brands to track whether their purchased impressions and advertising spots were played.

“But there are more fundamental issues of fragmentation and a lack of transparency that need to be fixed,” Ramachandran said. “This campaign gives us the opportunity to implement emerging technologies in order to solve long-standing infrastructural problems to the benefit of all participating partners across the OOH supply chain.”

Aqilliz will utilise the blockchain platform, Zilliqa, to verify the performance of its campaigns in near real time, enabling greater cost-efficiencies across the DOOH media supply chain. The blockchain-based smart contract will provide a reliable, transparent ledger for media owners and buyers to verify the delivery of promised spots and impressions.

Read more: Can blockchain deliver on its big advertising promises?

What blockchain will do to the experience economy

Foodpanda APAC head of marketing, offline channels, Hasnain Babrawala, emphasised the brand’s commitment to accountable media spends, particularly as OOH is a major channel in its expansion drive to consistently stay top-of-mind for our consumer base.

“As we embark on this campaign, we’re excited to see what benefits blockchain can bring by way of providing a real-time, independent view of OOH ad delivery in order for us to better strategically plan our marketing expenditure,” Babrawala said.

Aqilliz CEO, Gowthaman Ragothaman, hoped this pilot would demonstrate the potential of blockchain to optimise and streamline the fragmented OOH ad space better