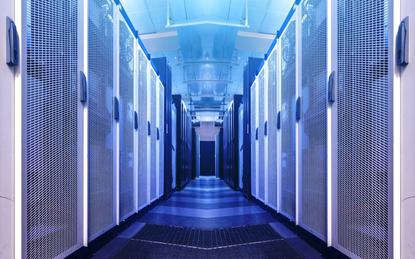 According to a new report, while businesses are aware of how vital data is to success, a gap has emerged between aspirations to be data-driven and the ability of employees to create business value with data.

The new report from Accenture and Qlik, The Human Impact of Data Literacy, conducted on behalf of The Data Literacy Project, found only 20 per cent of the working population are fully confident in their data literacy skills, only 39 per cent of employees trust their decisions more when based on data. Nearly half (47 per cent) report frequently deferring to “gut feel” when making decisions, and 72 per cent of employees report feeling overwhelmed or unhappy when working with data.

It also reports nearly one-third (31 per cent) of the workforce have taken at least one day of sick leave due to stress related to information, data, and tech issues, and each year, Australian companies lose an average of over five working days (38 hours 34 mins) per employee due to procrastination and sick leave due to stress resulting from information, data, and tech issues, which equates to $13.9 billion in lost productivity each year.

Accenture and Qlik’s survey of 9000 employees around the world, including 1000 from Australia, found when employees struggle to make sense of data, productivity and business value can be affected.

Despite nearly all Australian employees (88 per cent) recognising data as an asset, few are using it to inform decision-making. Only 25 per cent of surveyed employees believe they’re fully prepared to use data effectively.

This lack of data skills is shrinking productivity. In fact, 29 per cent of surveyed employees stated they will find an alternative method to complete the task without using data. Across Australia, 56 per cent of workers report that data-overload has contributed to workplace stress.

“No one questions the value of data – but many companies need to re-invent their approach to data governance, analysis, and decision-making. This means ensuring that their workforce has the tools and training necessary to deliver on the new opportunities that data presents,” Accenture Data Business Group, group technology officer and global lead, Sanjeev Vohra, said.

“Data-driven companies that focus on continuous learning will be more productive and gain a competitive edge.”

Global head of data literacy at Qlik and chair of the Data Literacy Project Advisory Board, Jordan Morrow, added despite recognising the integral value of data to the success of their business, most firms are still struggling to build teams that can actually bring that value to life.

“There has been a focus on giving employees self-service access to data, rather than building individuals’ self-sufficiency to work with it. Yet, expecting employees to work with data without providing the right training or appropriate tools is a bit like going fishing without the rods, bait or nets – you may have led them to water but you aren’t helping them to catch a fish,” he said.

The Human Impact of Data Literacy report is based on research conducted among 9000 global full-time employees in organisations of 50+ employees in the UK, USA, Germany, France, Singapore, Sweden, Japan, Australia and India. 1000 Australian employees were surveyed.