Can blockchain deliver on its big advertising promises?

The distributed ledger technology is already being used to improve digital advertising, but there are still obstacles to its widespread industry adoption 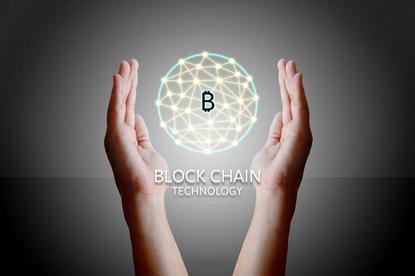 The US Super Bowl has become as much about the football and half-time performances as it has about the advertisers. And this year’s game was notable not just for J Lo and Shakira, but a less visible innovation - blockchain-based digital advertising by Avocados from Mexico.

The food outfit partnered with Vatom Labs, a platform for the creation and distribution of blockchain-based objects called Vatoms, to recruit, register, reward and track engagement through its campaign.

Meanwhile in Australia, the Federal Government recently released the National Blockchain Roadmap, a blueprint for developing blockchain applications locally and a foothold in blockchain business, which is expected to be worth US$175 billion by 2025.

While the roadmap focuses on wine industry supply chain, university sector credentials and finance sector customer checks applications, in advertising and marketing more broadly blockchain is already being trialled and developed. There’s even been suggestions about how consumers could be part of blockchain-based advertising networks by earning rewards for viewing digital ads.

So where is blockchain making its mark in the advertising sector right now, and what are the challenges it faces to widespread adoption?

The technology behind blockchain

Blockchain refers to a decentralised and encrypted digital ledger which can immutably store data and be securely shared across networks and users. Each transaction recorded in the ledger is defined as a ‘block’, and each block along with its linkages are all stored and accessible in the blockchain. The transacting processing technology is the underlying framework for cryptocurrencies such as bitcoin.

Read more: What blockchain will do to the experience economy

Furthermore, ‘consensus algorithms’ ensure all systems connected to the blockchain are doing algorithmic checks along the chain, making it very hard to hack the system. Importantly, because of the shared and open source nature of blockchain, everyone has a copy of the record, ensuring accountability and enforcing contracts in a way that’s both universal and automation. This is further supported by ‘smart contracts’, copied across an entire network.

Blockchain has been pitched for a variety of use cases within the broader advertising and marketing field. A few example of these include:

It's for this last scenario that blockchain is really coming into its own because this process can deliver much-needed transparency and trust in programmatic advertising, and advertising environments relying on multiple platforms and intermediaries.

It’s a tall order for a technology not widely deployed and not widely understood outside of digital circles. But there have been encouraging pilot programs aimed at testing blockchain use cases in advertising, and industry players are starting to come together on the project.

One such case is the recently announced global collaboration between Lucidity, a blockchain-enabled digital advertising verification platform and Aqilliz, a blockchain solutions provider for the digital marketing ecosystem. The aim is to bring greater authenticity to the US$333.25 billion digital advertising sector. Under this new arrangement, Lucidity will be integrating its existing technology with Zilliqa’s high-security, high-performance blockchain infrastructure to allow for the aggregation and validation of data through smart contracts in near real-time.

The goal is to ensure advertisers only pay for ads served in environments deemed to be viewable, safe for the brand, and free of advertising fraud. Programmatic advertising, which automates buying, selling and placing advertising, can be fraught with inefficiencies and risks from intermediaries, ad fraud from malicious bots and wasted advertising dollars.

What Lenovo has learnt about programmatic advertising

Blockchain has also been touted as an option for affiliation services with influencers by using smart contract technology based on blockchain distributed ledger technology. The idea is to automate various aspects of the transaction process, ensuring work is completed and signed off by the user before payment is made, and making the platform safer and simpler for marketers and providers.

Another blockchain-backed advertising trial is through Project Proton, a Mindshare-driven alliance of blockchain programmatic adtech, to improve buying efficiency, ensure brand safety and improve transparency by automating based on viewability verification methods.

And in 2018, the US Interactive Advertising Bureau (IAB) launched a pilot program to test and provide best practice use cases in digital advertising. The aim was to start developing standards in the way blockchain technology could be used in the digital advertising industry.

This could include technology to verify ad impressions and improve programmatic supply chain transparency through a decentralised, shared and unbreakable shared ledger. Future pilot programs will look into fee transparency, digital publisher signatures and audience verification.

Who and what is using blockchain?

Promising a decentralised, verifiable record, blockchain appeals to advertisers and markets for the holy grail: The ability to accurately record ad impressions and clicks, a brand-safe advertising environment and ensuring ad viewability. There are already a number of decentralised advertising platforms built on blockchain with solutions for these key measurables.

AdEx is built on the Ethereum blockchain and connects publishers and advertisers without intermediaries on a decentralised ad exchange. It has real-time reporting for both parties and enables payments per impression with no withdrawal threshold for publishers.

AdNode is a blockchain-based marketing platform where advertisers and publishers use an independent verifier as part of a smart contract to ensure ads are successfully delivered and all data is blockchain-certified, available in real time and transparent.

AdsDax is built for a safe, transparent advertising account platform for advertisers and publishers have access to direct and third-party ad campaigns at a fair price, while it promises consumers relevant ads and control of personal data.

AminoPay provides transparency and accountability to digital advertising using blockchain and payment technologies so brands can see where media dollars are spent for online ad campaigns.

Blockchain4Media provides details of programmatic media buys at the ad placement level to ensure brands are paying for ads seen by and engaged with by human beings, not bots or bot farms.

Blockgraph is built around privacy and security to enable data connectivity without exposing underlying data. Marketers are able to match audiences with inventory partners to recognise and connect cross-channel data points to target audiences through the platform to create greater audience resolution and data scale across the TV and premium video ecosystem.

Fenestra provides brands with a configurable and secure platform on a transparent ecosystem to record, verify and analyse financial transactions through their media supply chain.

Lucidity uses blockchain to cross-reference and match every touchpoint in the programmatic ad supply chain to record reliable data to measure campaign performance.

MadHive wants to simplify programmatic advertising and uses blockchain as part of its technology platform for linear, OTT, CTV and premium video advertising with cryptographic validation and immutable proof of data provenance and recency.

RebelAi wants to eliminate domain spoofing using blockchain in order to secure the publisher identity and prevent advertisers from displaying an ad on a spoofed domain and provide accurate and transparent impression tracking.

An emerging field for blockchain is keyword staking. Presearch, a decentralised search engine, is targeting affiliate and performance marketers within the digital currency space. Through its platform, advertisers commit blockchain tokens to specific words and phrases and the advertiser with the most tokens on a term has its ad displayed whenever someone searches for that term, providing them with traffic when a user clicks on their ad link. Presearch allows advertisers to select the prefered search engine including Google, DuckDuckGo, Amazon and Facebook.

There's no doubt for many that blockchain offers exciting potential and there are some big promises and claims being made about blockchain already. But while proponents of blockchain hold high hopes for its efficacy in the advertising and marketing sector, some, such as the7stars' Dom Blacklock, sound a cautious note about its widespread adoption and point to potential hurdles it will need to overcome to achieve widespread adoption.

Blacklock cites the sheer volume of digital advertising transactions, for example, which number in the trillions as they’re bought and sold, as a challenge. He says any system using a blockchain ledger to record and store will need to cope with this volume and complexity of traffic.

And all players in the advertising process, from billing and finance to inventory supply and monitoring, will need to will need to subscribe to the system in order for it to be properly functioning and transparent.

Others, such as Lucidity chief technology officer, Miguel Morales, see plenty of technical hurdles to overcome still. In writing in a blog post for IAB Tech Lab, the research and development consortium aiming to develop standards to enable growth and trust in the digital media ecosystem, he noted blockchain still has a “few kinks” to iron out, like ensuring standardisation of data across systems, having the industry agree upon consistent reconciliation protocols and developing end-to-end cryptographic authentication.

Without a roadmap on product development and lacking a guide to best practices, it can be a tricky exercise for marketers to firstly understand the different blockchain platforms, then evaluate how well they suit their requirements. Industry cooperation will help support the adoption of blockchain-based shared ad ledgers and potentially have a profound impact on the industry.

"Blockchain has been positioned as a cure-all solution for digital advertising, but very few use cases in digital media have emerged to make a convincing argument for wider adoption. However, blockchain continues to work its way into digital advertising because some companies have experienced benefits where efficiency and transparency are concerned," Morales stated as IAB called on industry participation in the development of blockchain in advertising last December.