​Krispy Kreme’s CMO, Russell Schulman, is moving on after six years with the organisation. 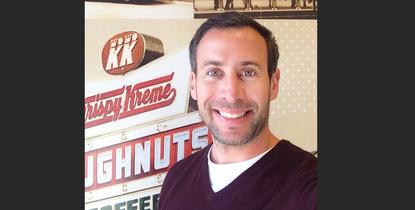 Krispy Kreme’s chief marketing officer is moving on after six years with the organisation.

CMO50 2019 honouree, Russell Schulman, has resigned and will take some time off before tackling new opportunities. He's spent the past three years as the donut brand's marketing leader, after being head of digital and commerce, and a digital business manager. Prior to Krispy Kreme, he was at Mothercare and HomeGuru.

Schulman told CMO it's been a jam-packed six years with Krispy Kreme.

“After six amazing years, tripling the business, launching a new country for the brand by expanding into New Zealand, launching ecommerce and Uber Eats nationally and going through a global re-acquisition, it is time for me to move on and hand the reigns over,” he told CMO.

Schulman featured in the #26-50 position on the CMO50 list last year for his efforts to broaden from optimising marketing to integrating and involving the marketing function so it can play a key role in shaping the direction of business, with marketing as a key lever.

“A point of contention globally has been Uber Eats and whether long-term we should partner, risking outsourcing delivery to a third party, not owning data and being subject to price increases,” he said at the time. “While I agree with the risks, we need to follow the customer. Uber Eats is not just a delivery platform but a food discovery platform, giving us access to a whole new market of younger customers.”

Krispy Kreme A/NZ CEO, Andrew McGuigan, confirmed the organisation is now in the process of recruiting a new CMO.

"We are very excited about the future of Krispy Kreme as we expand into new channels and look forward to the contributions of a talented new brand leader to join the business," he added.