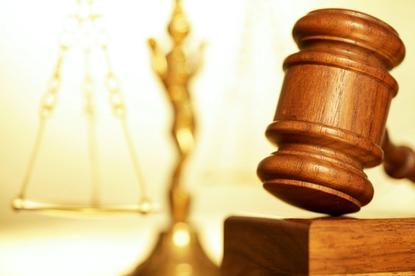 Trivago breached Australian Consumer Law by making misleading representations about the hotels featured on its website and television advertising for nearly three years by favouring those that paid the highest cost-per-click, a judge has found.

In a judgment made in the Federal Court of Victoria on 20 January 2020, the online hotel comparisons site was found to have misled consumers since at least December 2016 by representing its website as helping to quickly and easily help identify the cheapest rates available for a given holiday globally. Instead, its site algorithm placed significant weight on which online booking site paid Trivago the highest cost-per-click (CPC) fee to advertise its offering, contradicting its marketing message.

The court ruling by Justice Moshinsky is the result of legal proceedings commenced by the Australian Competition and Consumer Commission (ACCC) in August 2018 against Trivago, alleging the site had been misleading consumers for at least four years, potentially harming market competition as a result.

In a statement today, the ACCC welcomed the court’s decision, with its chair, Rod Sims, calling Trivago’s conduct “particularly egregious”. Along with finding Trivago had misled consumers about the prices advertised, the judge ruled the company misled consumers to believe its website provided impartial, objective and transparent price comparisons across hotel room rates.

The judgment offers detailed, complex and at times conflicted opinion into how online operators can utilise algorithms, machine learning and composite scoring for website placement and rankings, ultimately finding Trivago to have manipulated data to suit its commercial best interests, rather than the consumers.

For example, during proceedings, experts for each side disputed whether Trivago’s algorithms favoured ‘best price’ or ‘cost per click’ as the driving criteria for displaying hotel offers, and the impact of ‘win/loss’ analysis, bidding prices and other inputs to rate the success of deals. The result was Trivago’s own data showed higher-priced room rates were selected as the top position offer over alternative lower priced offers in 66.8 per cent of listings.

“Many consumers may have been tricked by these price displays into thinking they were getting great discounts. In fact, Trivago wasn’t comparing apples with apples when it came to room type for these room rate comparisons,” Sims said.

“By prominently displaying a hotel in ‘top position’ on its website, Trivago represented that the offer was either the cheapest or had some other extra feature that made it the best offer when this was often not the case.”

“This order sends a strong message to other comparison websites and search engines that if ranking or ordering of results is based or influenced by advertising, they should be upfront and clear with consumers about this so that consumers are not misled.”

Trivago also admitted to two of the ACCC’s four claims during proceedings: Its ‘Cheapest price representation’, or claims that it would quickly and easily identify the cheapest rates for consumers across hotels corresponding to their search;  and that its ‘Strike-through price’ was a comparison between prices offered for the same room category in the same hotel.

The justice, however, ruled on all four ACCC allegations, stating Trivago had positioned its top position offers as the cheapest offers for an identified hotel (‘Top position representation’), and that the ‘Red price representation’ was a comparison between prices offered for the same room category in the same hotel. As a consequence, Trivago was found to have contravened Australian Consumer Law ss 18, 29 and 34 between 1 December 2016 and 13 September 2019.

“The Trivago website does not display offers unless the online booking site’s CPC big exceeds a minimum threshold set by Trivago. Accordingly, in at least some cases, the cheapest offer for the hotel room did not appear on the Trivago website. This fact alone was sufficient to render the ‘Cheapest price representation misleading or deceptive (or likely to mislead or deceive,” Justice Moshinsky stated in his critique of the company’s practices and advertising claims online and through TV advertisements.

“Further the expert evidence establishes that the offer that was given most prominence  on the website (that is, the ‘Top position offer’) was in many cases not the cheapest offer for the hotel room.”

A hearing to decide on penalties and declarations will be held at a later date.