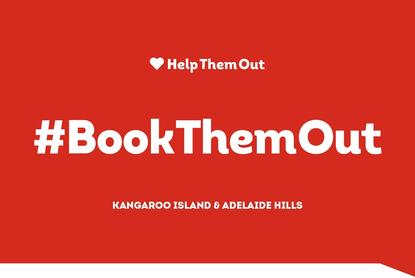 Australia’s bushfire ravaged tourism industry is receiving some much-needed financial support to start the road to recovery, with the Government pledging $76 million in a recovery package for the tourism and hospitality businesses and towns affected by this summer’s bushfires. And South Australia is leading the way with its just launched tourism campaign to encourage visitors back to Kangaroo Island in the wake of the fires this summer.

South Australia Tourism has launched its #BookThemOut campaign to encourage visitors to Kangaroo Island and show potential visitors half the island is still viable and all businesses are open and ready for visitors. Executive director of marketing, Brent Hill, told CMO perceptions that “all of Australia is on fire” need to be addressed globally, while in Australia there are misperceptions all the island has been destroyed or damaged.

“Now begins the rebuild strategy, and this necessitates new content, new digital, new socials. We need to re-jig the message for Kangaroo Island – to show what is there and open, for the Hills – and similarly, what’s open [virtually all of the tourism operations], and broader SA,” he said.

“Tourism is their lifeblood. They’ve all been fighting fires for weeks, but what they love is tourism. It’s our job to help them. And it’s not just charity. Seeing what I’ve seen in the last few days, the tourist can still have an incredible holiday on Kangaroo Island, without ‘so much as seeing a single toasted gum leaf’ to quote a tourism operator.

"We have lost much and that breaks my heart, but there is much still there, and we must avoid a second disaster which would be if our industry and all those jobs it supports fell over.”

In Australia, one in 13 jobs rely on tourism and hospitality and it is a $152 billion industry for the country. The Government is naturally keen to help hotels, restaurants, tour operators and related businesses hit by the unprecedented fires, which have caused widespread destruction and damage to properties and the natural environment in affected areas.

“This is make or break for many businesses and tourist hot spots and not just in those areas directly hit by the bushfires,” prime minister, Scott Morrison, said in a statement announcing the $76 million marketing cash injection.

In terms of tourism initiatives, Tourism Australia is first launching a joint domestic tourism campaign this week to encourage Australians to holiday in the country and provide support specifically to affected communities and regions. Looking globally, Tourism Australia said it understood the need to restore the country’s reputation as an international tourism destination and has said it will announce a program of events shortly.

The tourism support package comes after Tourism Australia’s summer 'Matesong' campaign targeting the UK was paused in the wake of the bushfire crisis. As yet, there has been no annoucment regarding if the campaign will be re-started.

CMO has approached state and territory tourism offices for updates on their tourism campaigns and will share these throughout the week.