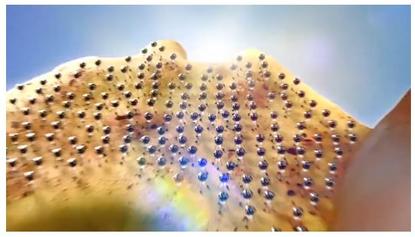 Among the creative assets making up the multi-channel, media-led campaign was pre-roll video and TVC footage for the sausage sizzle flavoured biscuits featuring a map of Australia dotted with weber BBQs. The pattern was similar to maps of Australia used to reflect bushfire coverage across the country. As at least one social media punter pointed out, the pre-roll advertising was seen placed directly before bushfire news coverage.

Other creative shows boxes of both new Shapes flavours superimposed with images of families playing outdoor sports including cricket and soccer, as well as swimming.

Examples of the TVCs can be found here.

In a statement to CMO responding to requests for comment, an Arnott’s spokesperson said the brand reviewed all materials earlier this week and made the decision to immediately pause several aspects of the ‘Aussie legends’ campaign. This list includes the sausage sizzle flavour TVC.

The spokesperson also said other creative work was part of the review.

“We actively reviewed all our communication materials and immediately paused several pieces of creative, media and digital content, including elements of our latest Shapes ‘Aussie Legends’ campaign. These adjustments will remain in place indefinitely out of respect to the ongoing relief effort,” the statement read.

The statement did not specify which other aspects of creative had been paused outside of ‘Aussie legends’.

“Like all Australians, the team at Arnott’s has been deeply saddened by the devastating bushfires that are impacting livelihoods, animals and the environment across our beautiful nation. Our hearts go out to those who have lost their loved ones, homes and businesses and we extend our sincere gratitude to all who are bravely fighting these fires and supporting our communities.”

On top of this, Arnott’s has joined a growing list of Australian brands donating to the bushfire cause, offering up $250,000 to the Red Cross Disaster Relief Recovery fund as well as a $100,000 product donation, which will be distributed by Foodbank to affected communities.

“Arnott’s has been a part of the fabric of Australia for over 150 years and will continue to look for ways to support the community during this difficult time,” the spokesperson added.