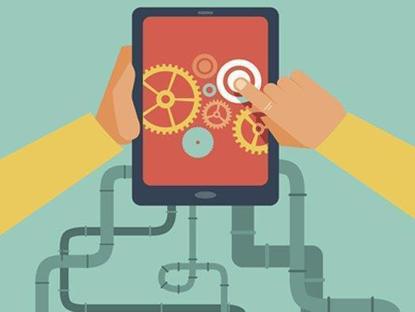 The Australian Competition and Consumer Commission (ACCC) has pushed back the launch date for Australia’s new consumer data right to July, citing a need for more testing.

In a statement today, the consumer watchdog said it was deferring certain aspects of the CDR from February 2020 to July 2020. Services will initially allow consumers to direct banks to share their credit and debit card, deposit account and transaction account data with accredited service providers from 1 July. Consumers will then be able to have their mortgage and personal loan data shared after 1 November 2020.

The ACCC said having a longer gestation time will allow additional implementation work and testing to be completed, thereby shoring up security and privacy protections required to operate effectively.

“The CDR is a complex but fundamental competition and consumer reform and we are committed to delivering it only after we are confident the system is resilient, user-friendly and properly tested,” ACCC commissioner, Sarah Court, said.

“Robust privacy protection and information security are core features of the CDR and establishing appropriate regulatory settings and IT infrastructure cannot be rushed.”

The ACCC said rules pertaining to the adjustment will be released in January, and that it plans to conduct further consultation around any significant changes to other phases of the CDR.

The CDR legislation, first announced in November 2016, is about improving consumer data portability and transparency, all in the name of giving consumers greater control of their data. Banking is the first industry the CDR is being applied to, under the Open Banking regime.

The rollout of CDR in banking will then be followed by Australia’s energy and telecommunications sectors.

The CDR plan, which received $44.6 million in last year’s Federal Budget to support its launch, followed a Productivity Commission inquiry, commenced in late 2016, which called for a revolution of the country’s data policy framework to give more control of information collected about them by businesses and governments.

It was in the draft report, Data Availability and Use, that the commission first mooted the idea of a comprehensive right to give consumers more control over these data assets, as well as giving individuals the ability to transfer data to a third party of their choice, make edits and corrections, gain a digital copy, and opt out of data collecting activities both in the public and private sector.

“Based on our experience in the UK, we have always believed the implementation of CDR here needed to be exercised with care, so we welcome this considered approach to the CDR rollout," he said. "While a true open data environment may be delayed for now, it’s vital CDR is implemented effectively and regulated properly so consumers can have access to the wide ranging benefits.

“The additional time available should be used to increase the awareness of open data among Australians."

"This shows that if our local understanding of data use is not nurtured, there is the possibility of consumers feeling cheated if their perception of data sharing is negative, or will not be willing to participate in open data initiatives,” he said.

The new plan will see 5000 households and businesses as well as 250 schools invited to put a Wattwatchers smart energy device in their physical spaces to monitor energy use in real time. These customers will then be able to access their own energy use and data online and using an app, helping them achieve energy savings.

The new initiative is being supported by $2.7 million in Government funding via the Australian Renewable Energy Agency, and is part of a three-year, $8 million trial being led by Wattwatchers, a Sydney clean tech company.