What you need to know about headless websites and commerce 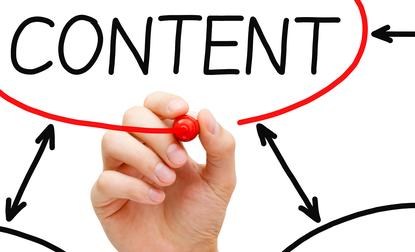 The sheer volume of digital channels available to marketers has brought a corresponding level of complexity to the task of creating and delivering content suitable for each, making the goal of ‘write once, run anywhere’ increasingly difficult to achieve.

One concept keeping the dream alive is that of ‘headless’ publishing, which decouples content creation from publishing. While the idea has been in existence for a number of years, it has grown in popularity recently as a means of tying together multiple technology stacks.

“Headless means that authoring or production is separate from delivery,” explains OpenText director of solution consulting for South Asia and Greater China, Barney Dunne. “You have a repository of content and you are left to develop the consumption channel, whether it be a website or a kiosk app of whatever, to retrieve from the headless content repository and make an experience.”

Dunne likens headless to the model of a professional kitchen that can create meals for multiple different restaurants and home delivery services.

The interest in headless solutions has increased recently thanks to the proliferation of channels and the need to smooth out delivery processes.

It is a concept fully embraced by Pimcore, an open source customer experience management company founded in 2013. Pimcore CEO, Dietmar Rietsch, says the concept stretches back to the early days of APIs and service-oriented architectures and is proving vital as companies strive to separate front-end and back-end technologies.

“The front-end has to be very flexible and adapt to the end customer on different channels,” Rietsch tells CMO. “On the other hand, the back-end has to stay consistent to power all required business processes. To better guarantee this basic principle, applications can communicate in a headless environment between back- and front-end via services such as GraphQL."

Rietsch says ultimately headless provides greater flexibility, enabling the various marketing technologies to be combined, such as bridging content and commerce initiatives. This is coming to the fore in commerce solutions, where the concept was previously referred to as API-driven commerce.

"Today, larger, omnichannel merchants use commerce APIs and a headless approach to power their digital channels such as apps, progressive Web apps, digital signage and even IoT [Internet of Things],” Rietsch says. “So headless in a way is already mainstream.”

According to the head of digital transformation at Adobe, Scott Rigby, the adoption of headless in commerce is often driven by the desire for greater flexibility that comes through decoupling the content management or experience layer from the commerce technology. That translates to greater flexibility with technologies choices and can also assist organisations that are wanting to update their technology stack incrementally.

“Let’s say you are making an experience change, such as to a template or navigation,” Rigby says. “You are not having to make a whole code-based change. And when that change goes up, you don’t have code going up for the experience layer as well as the commerce layer that slows you down.”

The headless approach also brings its share of challenges however, especially given that two technologies are now being used to create a combined experience.

“The biggest challenge is for the creative designers, because they are creating a lot of different components that make up an experience but might never see the full interaction of those different experiences. That’s because it is going to look different on an Apple device versus an Android devices versus a screen in a store,” Rigby says.

Dunne adds most organisations are opting for a hybrid approach rather than going fully-headless.

“Headless-only for some organisations puts the onus on them to be delivery developers, where they don’t necessarily need to be,” Rigby says. “If you are going to be pure-play headless, meaning without other methods to retrieve and deliver and present, then you are institutionalising the need for ongoing development for endpoint technology.”

Which is why experts warn headless is not a panacea for everything.

“It may be appropriate for a tactical added channel. Best practice would have the hybrid model so you had headless and content-as-a-service and delivery for the appropriate channels, all with a good authoring and governance mechanism behind, so you can ‘create once, publish anywhere’, as well as have a single truth, and be futureproofed,” Rigby says.

“The retailer has its own content management solution, and is are using that to provide a huge degree of flexibility,” he adds.