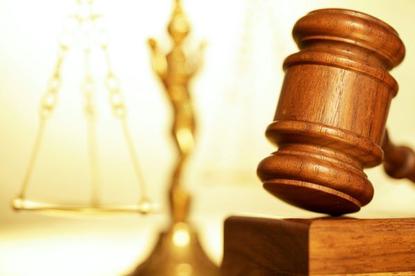 The Australian Competition and Consumer Commission (ACCC) is taking eyewear retailer, Oscar Wylee, to court for alleged misleading or deceptive conduct that strikes at the heart of the brand’s proclaimed purpose and mission.

The accusations lodged in the Federal Court of Australia on 12 December 2019 include alleged misleading or deceptive conduct in relation to Oscar Wylee’s promise to donate a pair of glasses to someone in need for every purchase made, as well as making false representatives about charitable donations and affiliations that breach Australian Consumer Law.

Specifically, the ACCC claims Oscar Wylee made representations between January 2014 and December 2018 via its website, marketing, emails and in-store messaging, that every time a consumer bought a pair of glasses, the company would donate a pair of glasses to someone in need. However, ACCC alleges the company only donated approximately 3000 glasses, despite selling more than 320,000 glasses over that period.

It also alleges most of these donations were only made after critical articles questioning the brand's marketing claims were published earlier in 2019.

In addition, the ACCC alleged Oscar Wylee has made repeated claims of a multi-year partnership with Rose Charities to help build sustainable eye care programs in Cambodia, as well as fund an individual’s studies to become an eye surgeon. Yet the ACCC claimed the brand’s entire association with Rose Charities was a single $2000 cash donation and 100 frames in early 2014.

“These alleged false or misleading claims presented Oscar Wylee as engaged in significant charitable activity and exploited consumers’ desire to support charitable causes. Instead, we allege Oscar Wyless donated less than 1 per cent of the glasses it said it would,” ACCC deputy chair, Delia Rickard, said.

“We are concerned that consumers may have chosen Oscar Wyless over other eyewear companies because they believed their purchase would result in Oscar Wylee providing glasses to people in need and supporting a sustainable eyecare program in Cambodia.”

The ACCC’s action goes right to the heart of the stated brand mission of Oscar Wylee, which began operations in 2012. Key marketing statements made by the retailer in recent years now in dispute include ‘buy a pair, give a pair’, ‘for every pair purchased, a pair is donated to someone in need’, and ‘buying a pair today? As soon as you do, we’ll donate a pair to someone in need’.

In a statement, an Oscar Wylee spokesperson said the company will "vigorously" defend itself against the legal action launched by the ACCC.

"We utterly reject the allegations made by the ACCC, which do not reflect the range and scale of the community and charitable contributions made by Oscar Wylee," the statement read. "Since its founding in 2012, Oscar Wylee has proudly undertaken a range of programs in line with an ongoing commitment to corporate social responsibility.

"Oscar Wylee has to date donated more than 350,000 pairs of glasses to charity organisations including Sight for All. Monetary donations in that period total $130,865.

"We take our corporate and social responsibility seriously and have always acted with good intentions.”

In a 2016 interview with CMO about the importance of purpose for modern brands, former Oscar Wylee PR and marketing manager, Joseph Dang, the business started with the simple objective of “Leading the way as a socially conscious business with a commitment to caring for others and having a positive impact”. The group described this as its ‘I care for eyecare’ initiative.

Dang also told CMO at the time about the importance of intention in differentiating a modern brand from its competitors.

“When consumers have the power to engage in a greater cause, it really resonates with them and creates a positive relationship with the brand,” he stated.

In eight years, the retailer has grown from an online-only offering to also 52 stores.

"The alleged conduct is particularly harmful as it involved a form of representation which it was not readily possible for consumers to check or monitor," the ACCC stated in its concise statement. "The conduct exploited consumers'  desire to support charitable ends, and potentially drew customers away from other competitors who were not engaging in such conduct. The conduct further has the capacity to diminish consumer confidence in supporting organisations that genuinely engage in philanthropic conduct."

Brand purpose and social conscious is increasingly being touted as key to winning more socially conscious consumers, especially those of a younger generation. According to a recent international study by The Center for Generational Kinetics, 63 per cent of Generation Z consumers (born between 1996 – 2010) are more likely to support a brand that supports a social cause, and 27 per cent stopped buying from a company that contributes to a social cause they disagree with.

And other studies abound. Sixty-four per cent of people surveyed for the 2018 Earned Brand study by Edelman US, for example, said they are buying from or boycotting brands based on the company's stance on a social or political issues. Similarly, a recent Sprout Social study found two-thirds of consumers (66 per cent) say it’s important for brands to take public stands on social and political issues. And WE Communications’ Brands in Motion 2018 study cited 74 of consumers expect brands to take a stand on important issues, up four per cent on 2017.

Rickard said the ACCC’s proposed legal action was a warning to other businesses that any claims of charitable donations, affiliations or partnerships are true and substantiated. The ACCC is seeking declarations, penalties, injunctions, corrective publication orders and an order to implement a compliance program.