Trust increases spend, but is hard to come by according to marketers and senior executives in the latest AMAA survey 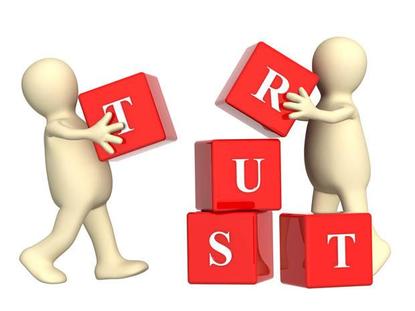 There is still a lot of work to be done to gain trust within digital channels and metrics, according to a new study.

The 2019 AMAA Media Trust report, Trust Matters, found 86 per cent of respondents agreed where there is trust there is a willingness to spend. Yet across the group, 65 per cent of marketers think social media has the biggest trust issues and needs more oversight to build more industry trust. This was followed by programmatic advertising and ad fraud.

With the government’s final response to the ACCC’s Digital Platform Inquiry looming, respondents were asked about the preliminary version of the ACCC's Digital Platforms Inquiry and agreed with the need for greater oversight of Google and Facebook, privacy law changes, and more transparency in how digital ads are traded. About 85 per cent of respondents said transparency is required on how Facebook and Google algorithms display ads and news content. Eight in 10 said there should be monitoring of big digital platforms for anticompetitive behaviour, and 77 per cent agreed with third-party monitoring of privacy compliance.

The report shows ad fraud and non-human traffic are also still a big concern for marketers (67 per cent). Programmatic digital ad trading was second in line as a concern, but there is a shift with marketers gaining some trust in the channel.

With regard to the industry audience metric providers, overall trust has risen slightly across all providers when compared to 2016, with Nielsen and OzTAM leading the pack. The top trio of factors viewed as building trust in audience metrics include transparency regarding data collection (71 per cent); a layer of independent verification and audit (58 per cent) and a robust and comprehensive methodology (55 per cent).

As a consequence of these concerns, 60 per cent of respondents stated they had wasted advertising dollars, and 30 per cent said they experienced a loss of brand reputation and consumer trust.

Now in its fourth year, the Audited Media Association of Australia’s Media Trust Matters study is back to showcase what really keeps top media and marketing execs awake at night. Across the 600 respondents, 42 per cent were senior execs including c-suite, GM or MD roles, and all worked in the digital realm and were questioned around levels of trust within digital channels and industry metrics.

“A more trusted environment is better for marketers, agencies and consumers which is why accountability and transparency is vital to the media and ad trading ecosystem,” Audited Media Association of Australia CEO, Josanne Ryan, said. “While it’s great to see some year-on-year improvements, there is clearly more work that needs to be done.

"Programmatic is maturing and innovations such as ads.txt are working to build confidence. But as programmatic advances into above the line channels such as TV and out of home, there are concerns about more oversight being needed.”

Regarding the most important aspects of self-regulation, the support for compliance to be checked by an independent third-party was also strong, with 50 per cent of senior/mid marketers desiring this.

“It begs the question as to why, when we know that compliance layers work to build trust and reduce risk, we shy away from incorporating this into the industry frameworks,” Ryan said.