Report: Ad spend up but traditional media audiences down 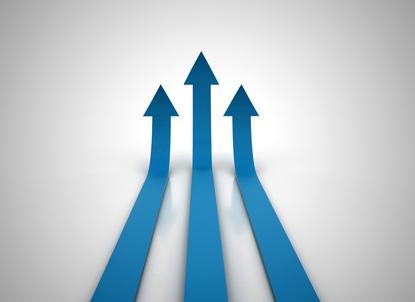 Advertisers will increase global ad expenditure by 4.3 per cent in 2020, but audiences of traditional mass media such as print and TV will shrink by 1.6 per cent, pre-empting another sluggish year for advertising in those channels, Zenith’s 2020 advertising expenditure forecasts suggest.

However, by 2022, the benefits of the rollout of 5G technology, along with the expected economic stability, should see digital advertising spend continue to rise to 6 per cent in 2022. In addition, Zenith predicted the effect of reduced audience size will give rise to a 6.1 per cent uptick in media prices.

“Assuming that the economy stabilises both locally and globally, we do anticipate a stronger market from 2022, with the current estimate sitting at 2.7 per cent. Although we’re expecting a slow down, digital advertising in all its forms will continue to grow at a healthy rate. This reflects both the continuing migration of audiences to online platforms and the transformational impact of 5G,” said Zenith Sydney head of investment, Elizabeth Baker.

According to the Zenith research, commercial media audiences have shrunk by 1.3 per cent a year on average since 2010; first as readers abandoned print for online news and now as viewers replace traditional TV viewing with streaming services like Netflix and Amazon Prime Video. This has created both smaller audiences for advertising and audience fragmentation.

Globally, Zenith identified three significant events having an effect on ad spend. The US-China ‘trade war’ is likely to dampen any positive injection into the ad market from the combined effect of the Summer Olympics, US election and sporting event UEFA Euro 2020.

Elsewhere, as China’s growth slows, India will take over as the second-biggest contributor to ad growth, behind the US, from mid next year. Finally, online video and social media will lead the growth in media ad spend, outpacing newspaper, TV and cinema.

“The days when we could find audiences all in one place are long gone. Now, however, technology empowers us to find them wherever they are, online or offline, and win back value for our clients through efficiency and effectiveness – by ensuring that we target and reach consumers with the right message at the right point in the consumer journey,” said Zenith global grand president, Matt James.