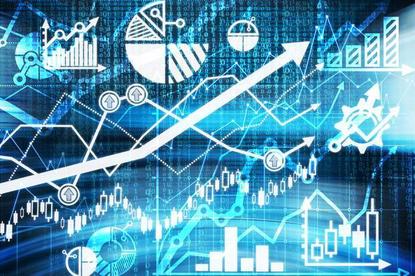 It was for this reason, OnePath, a life insurance business acquired by insurance giant, Zurich, in 2019, chartered out a course of technology-led action based on delivering more transparency, digital-led membership experiences and better data to its staff and clients. It’s a program of work that’s seen it bring on Salesforce’s Sales and Service Clouds, adopt Agile ways of working, and more recently, harness AI for data visualisation and discovery.

“There’s no good news story when it comes to a life insurance claim. You are dealing with someone worried about death and their financial future,” Neate told attendees at the recent Dreamforce conference. “Our hypothesis was a claimant would always want to speak to human beings, who are trained on tone of voice and engagement. Yet this wasn’t true – our claimants want their data served up to them on their mobile.”

On the regulation front, meanwhile, concerns from trustees about the level of insight present around claims information was another big issue OnePath needed to address. In place of traditional Excel spreadsheets, the company started providing data visualisation dashboards for clients.

“The first thing for us was to make it really easy to spot stuff,” Neate explained. “You can ask questions, such as show data for age group, females, then trends, and where claims are happening in age groups, or timeline.

“We then show trustees their claims against our entire book of business. So you can see if you’re performing better or worse, and compare.”

To highlight how AI is leading to fresh insight, Neate pointed to one client who had a high number of muscular skeletal claims and was trying to understand why.

“We’d expect older people to have a higher number of claims than younger in our books. When we compared their data with ours, we found an outlier data set in employee groups, where the employer was encouraging people to claim on workplace accidents on superannuation rather than workers comp. This is because the premium goes up straight away when you claim on workers comp,” he said.

Another data discovery was a spike in depression claims across female workers. “When we drilled into that data set, we found it wasn’t workplace bullying, but females having a hard time because they felt like they were not getting adequately supported in the workplace specifically in blue collar industries,” Neat said. “Off the back of this, we created an employee assistance package.”

Every claim coming through to OnePath now is run through Einstein Discovery to better understand what happened, why it happened, and what to do about it.

An example of OnePath overlaying external data on top of claims data was to better understand drownings.

“We have very few drownings in Australia, but every now and again, we go from one to two deaths in a month. When we overlaid temperature data in with our claims data, we found deaths by drowning doubled in months when temperatures reach a certain point, and in the 55-65 year old male group. It’s older gentleman over-exerting at the beach,” Neate said.

Using that information, OnePath is working with behavioural scientists to create messaging encouraging that demographic to not go to the beach to swim, but to go to a pool.

“We also know in case of male suicides, most men will try to withdraw their superannuation pay because it relates to financial hardship,” Neate continued. “We’re trying to now use that information to identify triggers and introduce prevention mechanisms.”

OnePath’s work with AI earnt the insurance group the Salesforce Community Innovation Trailblazer Award for its Einstein tool for 2019.

“Data analytics has given us better customer communication, better education, targeted prevention and rehab, and better overall outcomes,” Neate said. “We’re now embedding this into our business units and operationalising it.”

OnePath has been open about data usage, Neate said, showing it to clients and competitors. “We have reinsurers coming to us saying they have massive amounts of worldwide health data and wanting to overlay that with our data to get better outcomes,” he said.

“Behind every line in a spreadsheet, there’s a human being having a hard time. If we can make their lives a little better or little less hard, we have a goal.”

And despite initial scepticism, data visualisation has become the “hottest ticket in town for sales”, Neate said, who said OnePath is winning multi-million funds just by showing these insights to clients.

“In the old world, they’d give us Excel Spreadsheets for us to do analysis. We now load this into Einstein, and as part of our pitch, we give them the Einstein data, showing them trends and outlier trends. It’s becoming very powerful,” he said.

Helping OnePath get its initial AI pilot off the ground was a shift to Agile across the business, along with a commitment to innovation. Using a line item in the budget purely for innovation, Neate kicked off a six-week test-and-learn project for AI, set up as a stretch target with its integration partner, Appirio.

“By week three, we realised we had something. We’re now six months in and it has already paid back itself through just one pitch,” Neate said. “We had many false starts with AI – it’s always been that the use case has been overcomplicated. It’s important to keep it away from your execs initially, then just go and show them something.”

OnePath’s first dabbling with AI was in fact using Amazon Alexa. Neate and his team taught the voice-activated assistant to read one of its Salesforce instances, with the use case being a financial planner asking Alexa about their financial path.

“We taught Alexa 29 things on insurance, then realised we had a couple of million to go,” Neate said. “So then we started doing this with Einstein, with the aim of visualising our data to see if we could learn ‘stuff’. We didn’t know what this stuff would be, but we thought we’d see if we could see something an actuary couldn’t see.

“We have cancer claims, muscular-skeletal claims, professional claims, then a bucket of ‘other’. One idea we had was getting further into that ‘other’ bucket to learn more stuff.”

Neat agreed data quality is an issue with AI, and OnePath deliberately drew a line to only use data less than five years old.

“We started with a simple data set, based on the age, sex, claim type, location and then went from there, adding to it,” he said. “We didn’t overthink it. Our chief actuary didn’t start pulling it to bits either as we kept them out of the initial process. I think that’s often where cases fall over.”

The first win for Neate was visually appealing data that was easy to demonstrate with clients. The second win was when the client base got really interested.

“As it matured, we showed them their data, and that data versus our entire book of business. It was a brave thing for an insurance company to do, as this stuff can be quite confidential and what have you,” Neate said.

“They started to talk to us more about what kind of targeted rehab programs we could put in for certain segments. We’re very early in the story, but where it’ll be great is if I can understand how to best rehab you back into some sort of work after a claim.

“In the old days, we’d look at data from a pricing point of view. Every insurance company now knows part of the role is to write out cheques, but the other part is to get people back into the workplace and into society.”

Neate and his team have now plugged in all Zurich’s retail data into Einstein, as well as other pockets of claimant information.

“We do a bit of predictions on all claims, and we have long way to go there. I’d like to see when a claims comes in, our staff looking at how best to rehab this person, and if rehab appropriate for them or not. It’s data but let’s us get to the human side of things,” he added.