Are brands ready for multicultural marketing? 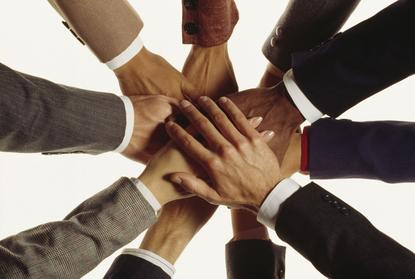 The recently launched Tourism Australia 'Philausophy' campaign attracted its fair share of criticism, with many arguing the word play for international audiences, particularly in non-English speaking countries, will be confusing.

It serves to highlight the many challenges of multicultural marketing and the hazards when it isn't executed with the right approach.

It's also a case in point for the argument that brands aren’t yet fully prepared for multicultural audiences. Many brand owners have taken on diversity, equity and inclusion initiatives as part of their corporate social responsibility efforts. Yet evidence shows media investment strategies are not on par, the Majority Ready Coalition says.

Formed recently in the US, the Coalition is a group of media, technology and publishing organisations which came together to help brands adapt to changing demographics and develop their audience planning and media strategies. The new alliance is led by media investment firm GroupM and includes Disney, Google, iHeartMedia, Meredith Corporation, NBCUniversal, Twitter, Univision and Viacom. Blue-chip advertisers represented by GroupM, its peers and media partners play vital roles in the US (and global) economies.

The coalition plans to collaborate on the development of tools to help brands prepare to engage the new majority to increase brand relevance, business growth and create a seismic cultural shift. It predicts that by 2020 in the US, just over half the adult population will be ethnically and racially diverse, representing the new majority segment of the population.

“Our campaign is to encourage advertising to move away from stereotypes and challenge social norms,” Ad Standards CEO, Fiona Jolly, told CMO at the time.

Jolly noted the global movement is to move away from stereotypes and towards more socially progressive advertising. “The World Federation of Advertisers is calling on brands to ‘unstereotype’ advertising,” she said.

Partner in charge at King & Wood Mallesons Sydney, Katrina Rathie, is a lawyer who has specialised in advertising, marketing, media and brands for over 30 years and is on the advisory board of Media Diversity Australia, a for-purpose organisation. Increasing the level of diversity and inclusion in mainstream advertising is important and, to do this, it’s about having a lens on diversity, which enables a focus on all parts of advertising and marketing, like diverse and inclusive images of people and to make people feel like they belong and to avoid stereotypes, Rathie explains to CMO.

Rathie nominates the ad standards campaign as one tangible and effective way of helping provide that lens on representation in diverse advertising and marketing.

“It's important to use that imagery, whether it's corporate advertising or whether it's in mainstream or social, and to be relevant,” she says.

Another is recognising many colloquialisms or word puns can be lost in translation. The new Tourism Australia campaign, which encourages tourists to come live the Australian ‘Philausophy’ has had its fair share of critics, who’ve argued the play on words is confusing and doesn’t make sense.

“Those audiences for whom English as a second language, all those non-English speaking people, even the Americans, sometimes they don't understand the irony or puns or word play,” says Rathie. “Some of those things can get really lost in multicultural marketing.

“That's what you have to think about with multicultural marketing: Put your eyes and put yourselves in the shoes of the intended audience for the campaign.”

It’s the kind of thing the Majority Ready Coalition hopes to address with industry help in the form of a benchmark tool, Multicultural Maturity Framework, which will help assess a brand’s 'readiness' for demographic shifts across audience, investment, culture, content and more.

Additionally, a cross-platform content solution based on the framework assessment and inspired by brand need is also planned, along with a communications program to drive better understanding of America’s population transformation and to assist in driving adoption of new majority-first media strategies that reach, engage and authentically connect to these consumers.

The report showcases the significant dividends for brands in the US, and in Australia, which also has an increasingly diverse population, in creating specifically oriented marketing campaigns for non-traditional groups. One example it notes is FMCG brand, McCormick, which undertook a specific campaign targeted at the US Hispanic audience to drive brand awareness.

“Brands should think digital first and develop integrated marketing communication plans across their growth segments. Digital at this point is not at the heart of multicultural marketing, which we believe needs to change,” the group states.

While England and New Zealand were still the next most common countries of birth after Australia, the proportion of people born in China and India has increased since 2011 (from 6.0 per cent to 8.3 per cent, and 5.6 per cent to 7.4 per cent, respectively). And of the 6,163,667 people born overseas, nearly 18 per cent had arrived since the start of 2012.

“The sooner brands understand what [demographic] changes mean for their business, the sooner they can align their growth plans to the changing demographic landscape and drive revenue with the new mainstream,” the Center for Multicultural Science states.

“Youth is on the side of the multicultural population, which is an asset for companies looking to build brand equity and long-term value. It also speaks to the importance of Millennials and Generation Z, which are largely multicultural by definition.”

Dr Geetanjali Saluja, marketing lecturer, business school, University of Technology, Sydney, believes most brands are aware of the importance of multicultural marketing. Digitisation is making it easier and more cost effective due to the ease of demographic segmentation; however, a more nuanced approach could improve multicultural marketing further, she says.

“At a macro level, each country can be said to possess a unique culture, which is what marketers will generally focus on when designing their strategy. I think where brands are lacking a bit is when it comes to specific sub-cultures within a particular culture or country,” Saluja said.

The challenge, argues Saluja, is for brands to do a better job of recognising the differences in cultures at a nuanced level than simply acknowledging them at a more superficial level. She however recognises this requires specific expertise in the chosen cultural segment and can be expensive to create.

“One also needs to find a balance in the level of customisation so that it’s not so specific that the segment becomes too small or unprofitable to target and yet it’s not so generalised that it will not be effective,” she says.

There are also significant cultural differences in how consumers in various segments access and consume media/information and therefore specific strategies need to be used to make sure that the customised content effectively reaches the intended consumers. Companies should take their time and conduct adequate market research before customising their strategies towards different segments.

Up next: How to execute multicultural marketing

How to execute multicultural marketing

Dr Saluja offers the following advice on how to execute multicultural marketing in an authentic way:

Multicultural marketing requires relevant research to understand the audience and a campaign design informed by this deeper understanding with the lens or the ‘walk in their shoes’ review process to identify potential blindspots. A one-size-fits-all approach won’t cut it, nor will a ‘tick a box’ approach to inclusion.

It’s important to recognise cultural differences at a very nuanced level because most consumers can see through marketing strategies that are simply paying lip service to the idea of inclusivity and diversity, but not really understanding it at a deeper more meaningful level, Dr Saluja tells CMO.

“Brands need to conduct adequate research with a diverse set of consumers to understand what does and doesn’t click with them and use that data to design effective marketing campaigns and programs. Companies also need to use data analytics and data science to analyse any consumer data and develop insights that will help them effectively target consumers based on cultural differences,” she says.

Brands also need to constantly monitor consumer preferences through consumer research, surveys, social listening, data analytics and so on, so that they can predict how consumer tastes will change and evolve, she says.

And keeping abreast of technological changes is also very important given how relevant technology has become in everyday life.