Consolidates its offering around three lines of business: Creative, media and CRM 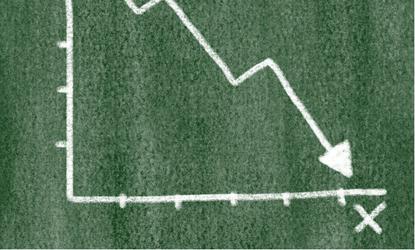 In the APAC region, excluding Japan, Dentsu Aegis Network reported a 9.7 per cent organic growth decline in the first nine months of FY2019 and 12.3 per cent decline in Q3 FY2019.

Dentsu reported there are 'no green shoots of recovery' in either China or Australia, both of which continue to severely impact the regional and group performance. As a result, changes have been made to the regional management team, with Ashish Basin promoted to APAC regional CEO, from CEO of South Asia.

President and CEO of Dentsu, Toshihiro Yamamoto, said in relation to the international business, in order to future-proof and serve clients more effectively, it has streamlined and consolidated its offering around three lines of business: Creative, media and CRM.

“These lines of business have been designed around client needs and will ensure we are set up to help clients win, keep and grow their best customers - by being data-driven, tech-enabled and ideas-led. 2020 is a year of transition and by 2021, we will be operating under these three lines of business and be truly integrated by design," he said.

"Finally, today we will shortly announce the new management team of Dentsu Group Inc. taking office from January 2020. This announcement marks the start of the next stage in the evolution of Dentsu Group and the team will be fully committed to our shared vision of 'One dentsu'.”

Yamamoto has since convened a meeting of its board of directors where it resolved to adopt a new group management structure from January 2020 and selected its executive members for FY2020.

It announced the current Dentsu will shift to a pure holding company structure on 1 January 2020, and its trade name will be changed to Dentsu Group. The group will establish an in-house company, Dentsu Japan Network, to formulate business plans and build the infrastructure for the group’s overall operations in Japan. Furthermore, all the operational functions that Dentsu managed as an operating holding company will be succeeded to Dentsu Successor Preparation Corporation, whose trade name will be changed to Dentsu, and new Dentsu will be launched on 1 January 2020.

The aim is to ensure the people within Dentsu are connected openly across countries and organisations on a global level, bringing together diverse perspectives, and making it a matter of course for innovation to be generated from anyone, anywhere. The new Dentsu aims to continue to create new value and new businesses by forming flexible teams not only within Dentsu, but also with various external partners.

Dentsu Aegis dropped the longstanding Mitchell name from its local business and officially launched the new-look dentsu X in the Australian market in 2017.

Dentsu X was launched as part of a rebrand of the agency’s media business globally and positioned as an integrated agency network combining communication and media planning services, content creation, technology, data and behavioural insights.

The rebrand followed acquisition of Aegis Group for $4.8 billion in 2012. Aegis had purchased the Mitchell Communications Group for $363 million in July 2010, retaining its founder and a pioneer of media buying in Australia, Harold Mitchell, as a board member. Mitchell retired in 2014.