How First State Super improved engagement with its app 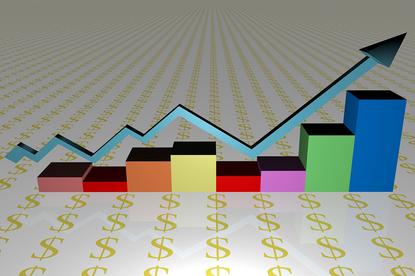 First State Super has found out first-hand what a difference a good digital experience can make to consumers, marketing, and the bottom line.

It was about 14 months ago First State Super realised it needed an app to keep up with its competitors in what can be an uninspiring category. However, instead of implementing an app in an ad-hoc fashion based on competitor apps, it decided to strip it all back, find out what its customers really wanted from an app, and do it right from the ground up, in partnership with Arq Group.

Now, the First State Super Mobile App provides customers with a simple, frictionless digital experience with which they can easily and visually understand their financial position and interactively plan for their future, head of digital at First State Super, Ahmad Racheha, said.

Since its launch, consumer response has been very positive, with 40 per cent of member logins now coming via the app and the app receiving a rating of 4.8 in the App Store.

It demonstrates how the use of deep user insights to fuel design-led thinking leads to business returns.

Racheha said the company saw, strategically, there was a gap in its service offering.

“We had an online portal, but what was missing was an app. This was last year and the timing was right for us to actually develop an app. There were a number of compliance reasons, but we wanted to bring better engagement to this category and to deliver a more personal experience to our members,” he told CMO.

“So we started the process. In late January, we launched a prototype, with a final version launched to our members in June and July. Now, we have about 95,000 downloads with members accessing the app. But we’re not just measuring downloads, we want to see the right engagement, so now we're actually seeing twice as many people now engaging with the app than we're seeing access our website portal.”

First State Super, with Arq Group, undertook research prior to developing the app to find out what it was that people really wanted. The results were surprising: It found people didn’t want complicated bells and whistles, they wanted something simple, informative, and easy to use.

“What we find for super is actually there is quite a huge assumption that it isn’t a sexy category. We find people are actually quite interested in their super. If you make it easy and engaging and simple to use, and something that's relevant to them, this will engage them and they will use an app,” he said.

“We already knew there was demand for an app. The challenge for us was more around in terms of timing, and the features we might offer. And if you want to really be engaging members, we needed to know the minimum set of things they expected and how they wanted to interact with it.

“We used qualitative and quantitative research and that was really helpful and because of this, what we found is we're getting really positive reviews, comments, lead engagement, and other metrics.

“And one of the complaints we heard, is a lot of apps are very slow, not responsive, not user friendly, and they keep losing connectivity. We had to ensure those things in the background really worked, which gives you that simple, seamless experience.

“It is about giving the members more financial control over their own lives; simple things like showing them their balance, give them access to statements. These are called utility features. But the whole vision of the initial research and discovery was centred around radical empathy.

“And as a result, what we're finding is now is lots of downloads, the right feedback, and growth in engagement."

The company reached out to more than 1500 members, its actual users and intended target audience, as well as 500 non-members. Racheha said this gave the team confidence on the data being collated. Key measures of success on the app are whether people are not only downloading, but also engaging with it.

“Interaction is also vital. We had made some assumptions around how often people might engage with us on the app, based on previous usage data with our online portal. What we found is people are actually expanding on our assumptions," Racheha said.

“That's absolutely awesome. So after they download it, can they use it? Are they coming back to use it again? Is there repeat uses? We're getting a great result with those metrics. The other metric is, what value is that now driving for members, and to us as an organisation, are we achieving good growth?"

First State Super's app is now feeding into the data and digital strategy across the business.

“We have a data strategy in place, including the app and the Web, and are taking that data and putting it into our system for further insights," Racheha continued. “We've set up a new dedicated data sciences area. We actually run on an Adobe platform and part of that is analytics. We integrated the mobile data as well into our CRM system with the background from the broader data ecosystem.

“So we're starting that journey. Part of this is trying to determine the value the app is creating in terms driving through the business with members and retention.”

Now the app has been launched, it is hoped features will be built out natively, so people can actually join through the app directly and undertake contributions directly from the app.

“And also with another tool, which is called Explorer, which is already embedded in the app. Explorer helps people to plan for their retirement, it asks them what they want in retirement and they can put an action plan in place to achieve it," Racheha said. “We’ll have all of this data, we're going to take all of this data to help drive the correct next action.

“Up until now, we have used quantitative data to help define the foundations. But how do we leverage what we know about the usage patterns and the consumer behaviour to extend our offering to make it smarter and more meaningful for the user?

“The initial focus was on adoption. But now, let's move the targets for better engagement, and meaningful interaction. For example, is there an opportunity for improving the awareness and education around super? We want to make financial well being easier, and offer better retirement options for people.”