Food for Thought: How can brands show diversity in an authentic way?

In our latest series on leading issues in customer experience, we ask industry experts to share their thoughts on the ways to ensure authentic diverse marketing 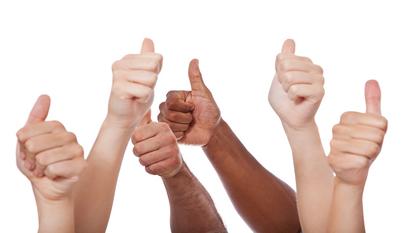 In our latest series on leading issues in and around customer experience, we ask two brand marketing leaders and an industry expert to share their thoughts on the ways to ensure authentic, diverse marketing.

As marketers, our task is to listen and respond to the needs, wants and desires of our audiences; it is no surprise that brands in the US and Europe, and now in Australia are being held more accountable for diversity. People are caring more about what how they self-identify and whether they see themselves represented in a brand’s marketing.

The most admired brands embrace diversity and inclusivity as part of their purpose, culture, product strategy and positioning. US brand, Third Love, has grown largely because of its mission to create a bra for every woman. Its advertising famously features 78 women of various shapes and sizes, ages, skin colours and ethnicities, representing every style it offers. In its experience, the more diverse it is in its marketing, the greater the respect and response from its customers.

In Australia, there are some great examples of brands embracing diversity, but we still have a long way to go. It is less about like-minded individuals deciding what looks good to them and running with it. It’s about bringing in and representing more diverse perspectives, from our teams, our audiences and our communities.

If it is done as a tokenistic gesture, it can do more harm than good. To authentically demonstrate diversity and inclusivity, it starts with being less single-minded about the messaging, visuals and the context you use in your brand communication, both internal and external. To sharpen up the focus, it also involves understanding what aspects of diversity are most important to your audience, then actively representing, recruiting and inviting these points of view into the mix.

Diversity cannot be bolted onto your marketing plan. It is not just adding ethnically diverse talent into a campaign and calling it “inclusive.” It’s creating concepts to represent diverse target audiences and their experiences. Through diversity and inclusivity, we will not only be leading our brands, we will lead cultural change for the better.

It has often been said marketers should be the voice of the consumer, so it follows that Australia being one of the most multicultural nations in the world, brands should reflect this diversity.

The 2016 Census reveals a fast-changing, culturally diverse nation – nearly half (49 per cent) of Australians had either been born overseas (First Generation Australian) or one or both parents were born overseas (Second Generation Australian). While England and New Zealand are still the most common countries of birth after Australia, the proportion of people born in China and India has increased since 2011 to 8.3 per cent and 7.4 per cent respectively. Of the more than 6 million people born overseas, nearly one in five have arrived since the start of 2012.

Diversity also extends beyond culture to gender (Roy Morgan data from 2014, albeit a bit old, indicates 62 per cent of grocery shoppers are women) age – like most developed countries, Australia’s population is ageing, resulting in proportionally fewer children and a proportionally larger increase in those aged 65 and over (ABS, 2016) and gender identity.

At Kellogg, we’ve celebrated this through our ‘My Perfect Bowl Campaign’ which uses real Australians, not actors, and is a dynamic mix of a mermaid, bikies, a crane-driver and a state gymnastics team. The documentary-style ads feature groups of real families and friends, all genuine Kellogg’s fans, debating their version of their perfect cereal bowl, and it is a finalist for Best Casting for a Community in a TVC for 2019 Casting Guild of Australia Awards.

The unscripted testimonials show the many ways Aussies enjoy their cereal. From Dane, who works on a crane and eats his Just Right while watching the city wake up 30 storeys above, to Colin, who’s been a fan of Corn Flakes for 65 years and Annie Mation, a drag queen who loves her Rice Bubbles after doing a late-night show.

All true stories that celebrate individuality, are entertaining and, at times, touching. We built on this by releasing additional content that represents the diversity of Aussie families in all their glorious chaos and mess, yet with a common love for Corn Flakes.

Authenticity is the key so our diverse consumers feel they are being represented in culture and in a category (cereal) that has almost 90 per cent penetration. This is critical to ensure we are consistently recruiting more households. What enabled authenticity in this campaign was leveraging real characters (not actors) and the unscripted, documentary style ad.

As an industry, we will no doubt make mistakes in this space; however, I’d rather we try, learn and get better to show diversity in all forms.

Diversity is getting to be big news as it is proven that the public out there want a more accurate reflection of our society in marketing. According to Kantar, 83 per cent of marketers in APAC think they are doing a good job with gender stereotypes, yet 63 per cent of the population disagree. Imagine what that means we’re doing across the wider and less known aspects of diversity if we can’t even get gender right?

Any brand has the power to represent a true reflection on our society makeup without trying to be overly politically correct but only if they refer to the Australian Bureau of Statistics and see that we don’t have an excessive population of mixed races as much as we think we do. Tourism can cloud our judgment if we stand in the street and measure how many people from other cultures are around us at any one time.

As a result, we have a biased view of how many migrants we have in the country and therefore over-represent them in casting or communications can just reinforce the wrong balance and this can have an impact on become more racist, not less in fact.

Many argue that advertising and marketing simply is the voice of the culture around us, but the influence we have is epic and we must respect that privilege and drive change. Given we have so many different types of people, diverse cultures, diverse thinking styles, diverse genders, diverse abilities, even personality types and psychosocial ability, these all form part of our colourful community out there and we need to be reflecting the population accurately.

Let’s just be inclusive and diverse in a natural and realistic way and stop talking (even ranting) about it. To be able to create content inclusive of all people takes skills in linguistics and psychology in order to communicate to the masses without polarising.