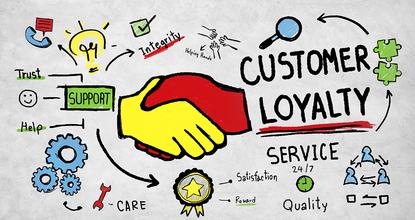 When it comes to winning the approval of customers, handing out money can be an effective strategy – although perhaps not a sustainable one.

But for the Commonwealth Bank of Australia, its quest to hand $150 million in rebates to customers is backed by the knowledge that doing so will create long-term loyalty that will more than recoup its investment.

CBA’s Benefits Finder program is the latest outgrowth of the bank’s investment in customer relationship banking, which commenced in 2015. According to the Matthew Malady, head of data and decision science for retail products and wealth, the goal was to create more targeted and relevant conversations with customer. A team was formed in a back office at St Mary’s (near Penrith) to begin exploring what was really important to customers, fencing off a subset of customers, call centre staff, branches and relationship managers and systematising the things they did best.

“‘Thank you for your loyalty’ was one of the really important conversations, and ‘Happy Birthday’ and nudges helped customers understand where they could avoid fees and charges,” Malady says. “Those things have worked incredibly well as we have scaled across our channels to where we have got to today.”

Initial success saw the program expanded at the end of 2015. The basic app built to capture and score conversations was then replaced with a suite of customer management tools from tech vendor, Pega.

“We were really conscious of creating a team that could understand what branches dealt with day to day,” Malady says. “But moreover, it was about going to them and asking what worked for them, what were the words that they used, and writing that in the space that all the other staff saw each day, and iterating on that.

“And my commitment to them was if they couldn’t understand the words that we were playing back to them we would change the words.”

While such a process helped secure staff buy-in, Malady says it also remained important to demonstrate his team are listening to employees. This is done by continuing to draw in feedback and suggestions.

Most importantly, the program has positively influenced customer behaviour. Malady is proud to report CBA has the highest main financial institution (MFI) ranking of any bank, due in part to nudges delivered to customers, which include driving them towards unclaimed rebates.

“Our goal this year is to create $150 million worth of rebates for CBA customers already out there, and we just want to connect people with those opportunities,” Malady says. “That is far removed from conversations simply about meeting a specific product need.”

“The entire market is changing in this way,” he says. “There is a lot of empirical evidence to sustain the fact that if you service your customers in best and most responsible way, there is much longer and higher long-term value for a customer than you may have.”

But convincing colleagues can take more than just statements of faith.

“You really do have to put some evidence and runs on the board to show there is a different way, around targeting and relevance and that having smaller populations and more relevant conversations equals a better outcome for the customer and the retail bank,” Malady says. “We’ve really built those examples over time, and we are in an excellent position now where everyone is really understanding of the value of decisioning and the value of being relevant and there for the customers in the moments that matter.”

The goal now is to work to create a more end-to-end experience so customers are not only drawn in to taking an action, but can see the progress and outcome of their actions on an ongoing basis.

“Once you lay the foundations you are always looking at where to optimise,” Malady says. “We are in a great position now where the vast majority of our focus is not on creating more volume or more conversations, it is on how we continue to refine and use the data we have.”