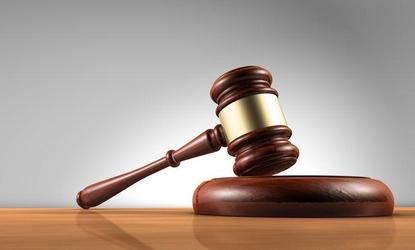 The consumer watchdog confirmed today it has instituted proceedings in the Federal Court against Google Australia, alleging the digital giant engaged in misleading conduct and made false or misleading representations about the personal data it’s collecting, keeping and using on users.

The ACCC alleges that from at least January 2017, Google has been breaching Australian Consumer law by misleading consumers about the location data it collected and used when Google Account settings were enabled or disabled via Android mobile phones and tablets.

Specifically, two Google Account settings have been highlighted: ‘Location history’ and ‘Web & App activity’. The ACCC alleges when consumers set up a Google Account on their devices, they incorrectly believed, based on Google conduct, that ‘location history’ was the only account setting affecting whether the digital company collected, kept or used data about their location.

“We are taking court action against Google because we allege that as a result of these on-screen representations, Google has collected, kept and used highly sensitive and valuable personal information about consumers’ location without them making an informed choice,” ACCC chair, Rod Sims, said in a statement.

“Our case is that consumers would have understood as a result of this conduct that by switching off their ‘location history’ setting, Google would stop collecting their location data, plain and simply.

“We allege Google misled consumers by staying silent about the fact that another setting also had to be switched off.”

In addition, the ACCC alleges over the course of 2018, Google represented to consumers the only way to prevent it from collecting, keeping and using their location data was to stop using certain Google services, such as Maps and Search. However, turning off the two features above would have achieved this aim.

“We consider that because of Google’s failure to disclose this use of data, consumers were and still are deprived of the opportunity to make an informed choice about whether to share their personal location data with Google,” Sims said.

“Transparency and inadequate disclosure issues involving digital platforms and consumer data were a major focus of our Digital Platforms Inquiry and remain one of the ACCC’s top priorities.”

The ACCC is seeking penalties, declarations and orders including corrective notices as well as establishment of a compliance program.

The court action comes three months after the ACCC’s final Digital Platforms Inquiry report was tabled in July 2019. The 623-page report called for urgent holistic and dynamic reforms to counter the adverse effect digital giants are having on the local economy, media landscape, competition and consumer rights. The focus of the report was on two major players, Google and Facebook, and delivered a scathing and worrying view on the dominance both have today.

Throughout the course of the Digital Platforms Inquiry, the ACCC and Sims hinted it would look to instigate further legal action against the two digital players based on the alarming findings of its report. The Google proceedings announced today is a firm step in this quest.

“The dominant digital platforms’ response to the issues we have raised might be best described as ‘trust us’. There is nothing wrong with being highly focused on revenue growth and providing increasing value to shareholders; indeed, it can be admired,” Sims said upon releasing the final report.

“But we believe the issues we have uncovered during this inquiry are too important to be left to the companies themselves.”