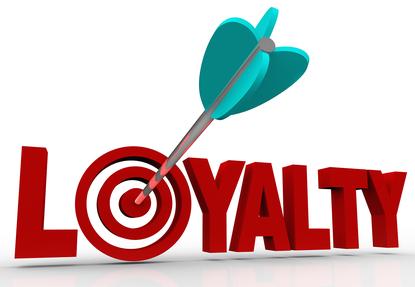 Loyalty programs are being rehashed and relaunched almost continuously as smart marketers know it costs far less to retain a customer than get a new one.

Yet, according to recent research by First Point Research and Consulting, in its For Love of Money 2019 report, customer participation in loyalty programs is falling, with only 47 per cent of members reporting they have actively used their card or number when making a purchase in the last 12 months. It's the lowest number recorded in four years in the annual consumer study.

Similarly, according to the Clarus Commerce 2019 Premium Loyalty Study, locking down customer loyalty is more difficult than ever due to the choice now available to consumers.

At the same time, the ACCC is currently highlighting a number of concerns about customer loyalty programs, in particular the sharing of consumer data without consumer knowledge. In its draft report released in September, the ACCC warned customer loyalty schemes, including frequent flyer, supermarket and credit card operators, must ensure they are not misleading consumers.

While debate continues, CMO decided to take a quick look at some innovative loyalty programs around right now through iconic brands.

Two years ago, KFC launched a loyalty program with no name. Far from promoting its membership benefits to the masses, most customers don’t even know they are a part of it.

It’s all about unexpected rewards, ranging from dollars off a purchase, to early access to limited time offers, to exclusive merchandise, to being the first to be tipped off that KFC might have a Secret Menu in its App.

KFC’s digital communications and ordering channels have allowed it to activate the program to communicate with customers.

The program is innovative, as it isn’t based on high-demand tasks like earning points, it is based on unexpected  rewards that KFC determines and tests to see what customers like or respond to best, which is why it just won an AMY.

Nike recently announced Adventure Club, a subscription service and loyalty program all in one allowing parents to pay a monthly fee in exchange for regular kids’ shoes deliveries, a clear response to changing consumer demands toward more subscription programs and premium loyalty packages.

Subscribers can choose between three tiers of subscription services, ranging from four pairs a year to 12 pairs a year, and from more than 100 different sneaker styles. If subscribers like the shoe, they can keep the pair, while if they're ready to replace shoes, they send them back and Nike Adventure Club will either donate or recycle the returned sneaker.

In addition to shoes, the subscription service comes with exclusive adventure guides featuring outdoor games and activities parents can do with their kids. The guides are a collaborative partnership between Nike and KaBoom, a national non-profit focused on encouraging kids to lead active, healthy lifestyles. It also includes a recycling program. Twice a year, Nike will send a prepaid bag where parents can send back their kids’ worn shoes, which will either be donated to families in need or recycled through Nike Grind.

The program will enable Nike to drive higher customer engagement and long-term loyalty that will be passed down from one generation to the next.

The new program now has three membership tiers: A free standard tier; a middle tier with an annual fee of $12, and a premium priced at $50 annually. Instant benefits include free popcorn refills, discounts on tickets and food and drink purchases and earning Qantas points. The aim for Hoyts is to better capture and reward the differentiated groups of cinema patrons.

Hoyts built the new program in such a way to talk to different segments depending on frequency, lifestyle, age demographic and what they wanted out of the program.

The News Prestige Network publication’s Vogue VIP program is exclusive to subscribers and coincided with Vogue’s 60th birthday this year in Australia. A key program element is the opportunity to join Vogue as a VIP guest at national events, gaining access to pre-sales tickets, parties and shopping nights. Members also have the ability to network with the Vogue community, editors, business mentors and fashion industry notables.

There are also exclusive offers, discounts and competitions being offered, along with insider content, free delivery and complimentary digital edition access.

Vogue VIP was created to deliver a direct-to-customer, personalised membership experience and streamlines the distribution of products to ensure a frictionless customer journey from engagement and acquisition to retention and transaction.

To support the launch, Vogue  launched a dedicated VIP website, allowing subscribers to redeem offers and experiences. This will be complemented by the wider website’s redesign later this year.

Nearly 1 million Telstra customers have signed up to the telco’s revamped customer loyalty program, Telstra Plus, since its launch in April.

Members earn 10 points for every $1 of eligible spend that's attached to their monthly Telstra account and/or pre-paid recharges.

Telstra Plus is a tier-based program, and officially kicked off in May. It sees customers accumulating points that can be exchanged for discounts on devices and accessories at its Rewards Store. Customers also get access to sport and movie ticket discounts, complimentary extras and VIP services, and several offerings previously available under its predecessor, ‘Telstra thanks’.