CMO50 honouree takes up US role

Jayne Andrews has announced she is taking up a global position with Carnival Cruise Line in the US. 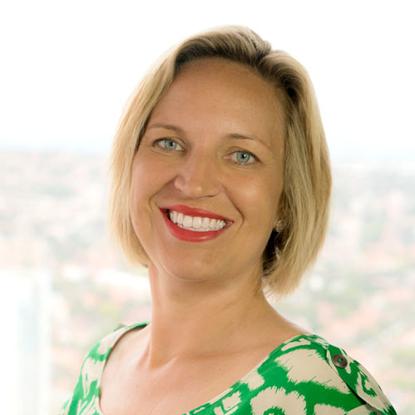 CMO50 2019’s #15, Jayne Andrews, has announced she is taking up a global position with Carnival Cruise Line in the US.

Andrews announced back in July she was leaving her role as marketing director of Carnival Cruise Line Australia to pursue new career goals after more than five years with the company. CMO has learned Andrews will become senior director of brand and advertising for Carnival US, starting in November.

“Overall, it's been an absolute honour to be a part of building the brand in the Australian market," she told CMO in July.

“As with any senior role, it can be hard to come up for air and take a breath and work out your next move. After five-and-a-half years, I knew I needed a new adventure, new brand or brands to build. I haven't secured my next role yet, but I wanted to be transparent with my team here, give them an extended time to find a new Jayne.”

Andrews has overseen a number of innovative marketing initiatives for Carnival, including the most recent ‘Honeyboomers’ campaign and ‘fun size’ cruises, for which she was recognised in the CMO50 in 2018 and 2019.

Carnival has only been in Australia for six years, and in that time, marketing has contributed to the brand growing to over 80 per cent awareness, Andrews said in her submission.

“A cruise ship sails every week from one of our Australian ports, so we are a very sales-focused business. Without a successful sales funnel, these ships would either not sale full, which is not an option, or below the yields we need to achieve to be profitable," she said.

While the core areas of marketing are set, how Andrews and the team delivers on these areas is constantly changing and developing, with new platforms and technologies in/and then out again.

"Trying to keep up to speed on what is current, and also what is up and coming can be a challenge, particularly for someone of my era who didn't even have a computer at school," she said. "What I try and remind myself, is that the principles of marketing really don't change and when you dig a little deeper on a new buzzword or platform, you work out that it is something you've always been doing, but it’s just performed or articulated in a different way.”

"To date, I haven't worked on a campaign or project that has become part of the vernacular or a new trend, but it is definitely something I aspire to. The closest I have gotten is our Carnival 'Honeyboomers' campaign, where we observed the travel trend of older couples going on holiday without their kids, and coined the terms 'a Honeyboom' and 'Honeyboomers'. A few other holiday companies have since started using the term.”

Kara Glamore is now director of marketing and PR at Carnival Australia.