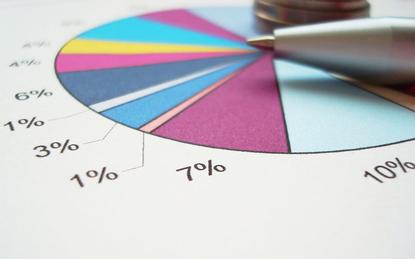 It’s been five years since CMO took the wrappers off our inaugural CMO50 of Australia’s most innovative and effective marketing leaders. And during that time we’ve seen a transformation of the modern marketing function and leadership remit.

The intention of the CMO50 is to highlight and celebrate the stellar work our marketing chiefs – and by extension, their whole marketing functions – are doing to drive growth and customer engagement in their organisations today. It’s about celebrating the discipline of marketing as a strategic business contributor, an essential part of the c-suite, and as a function delivering sustainable commercial outcomes.

As we celebrate the success of our 2019 CMO50 list of marketing chiefs, here are a few interesting facts about our fifth annual list and the state of modern marketing leadership.

It’s worth noting across the CMO50 this year, average tenure is again much higher than the industry average: 3 years 5 months. This year’s State of the CMO survey found the average is 2 years, 5 months, dropping year-on-year. And across the CMO50, company tenure is actually much longer: 5 years 6 months.

Yet there is still a huge amount of job switching and repositioning going on. And it’s disruptive.

2. CMOs with influence report to the CEO

Across the 2019 list, 72 per cent of our individuals report directly to the CEO or managing director, a proximity allowing for much more impact and clout and contributing to longer tenure. Notably, in our recent State of the CMO research, marketing chiefs reporting directly to the CEO/MD also exhibited higher tenure than the average respondent.

In addition, 94 per cent of our CMO50 are members of the executive team, up 1 per cent year-on-year and 10 per cent in the last two years.

One big discussion during CMO50 judging this year was whether judges were recognising the potential of marketing chiefs to become CEOs. And there was consensus CMO-to-CEO candidates are still a minority across executive ranks.

Given CMO now has five years of CMO50 data to work with, we went back and looked at how many of the CMO50 have progressed to CEO roles. More often than not, marketers are going to bigger and expanded CMO or customer roles, rather than divisional or company-wide leadership.

Across the CMO50 over the past 5 years, 11 individuals have risen to company-wide CEO, 3 of which are industry association positions. Three of these rose up within existing organisations:

But yes, CMO to CEO stories are still fairly scarce.

4. Taking time to build impact makes a difference as a CMO

Across the CMO50 2019 list, nine of our top 10 this year have previously appeared in the CMO50 in their current positions, rising up the ranks to higher accolades this year.

It’s a figure recognising their perseverance, hard work and executive backing, as well as the sustained approaches these CMOs have built.

As many will attest, it takes time to build the credibility and executive trust to be able to do brave and bold work. The CMO50 continues to recognise this commitment to seeing things through and celebrates how these marketing leaders have built their way to impact, realising more innovation and effectiveness as a result.

Across the 2019 CMO50 list, 90 per cent of marketing chiefs were overseeing teams of greater than 10 staff, and just over 60 per cent had at least 25 staff.

But it isn’t always the case size of team matters. CMO50 judges are meticulous in recognising CMOs from different industry categories, team sizes, B2C and B2B. Three of our top 25 this year have fewer than 15 staff, for example, and there’s a healthy mix of representatives from FMCG (11 per cent), retail and ecommerce (19 per cent), IT and telecommunications (11 per cent), insurance (9 per cent), Media and entertainment (9 per cent) and travel and tourism (9 per cent).