WW: Recovering from a rebrand setback 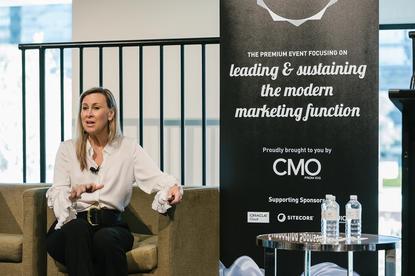 The desire to take brands into new territories can be hard to resist for marketers, especially when the reasons for doing so are compelling. But it is also possible to extend a brand faster than customers can adapt.

This is the situation 57-year-old global weight loss phenomenon, Weight Watchers, found itself in earlier this year, when a change of mission and a rebrand to WW fell flat with customers.

The goal had been to transform Weight Watchers into a total wellness offering. Unfortunately, however, customers simply weren’t ready to follow on that journey.

Gail Tifford had an up-close view of the struggle Weight Watchers endured through its transformation in her role as the company’s chief brand officer. Speaking at the CMO Momentum conference in Melbourne, Tifford outlined the research and strategy behind the rebrand, how it went wrong, and the steps that have been taken to set the brand on the right path.

Tifford had joined the company in September 2018 following a career whose highlights include senior roles with Unilever and Viacom. While Weight Watchers had grown to 4.5 million members across 11 countries, research was pointing towards a change in consumer needs, especially in relation to the need for broader wellness advice beyond weight loss.

So in February 2018, the company announced its new mission and purpose: ‘We inspire healthy habits for real life. For people, family, communities, the world - for everyone.’ The company appointed 200 ambassadors who would share their wellness stories, including pop culture film director, Kevin Smith, who had nearly died of a heart attack in 2018.

Then in September, Weight Watchers took the bold step of transitioning its brand to WW, including 600 different workstreams to unify its brand identity and provide a consistent look and feel. The company also set about reformulating its food products to ensure they met its wellness requirements, established partnerships with mental health foundation, headspace, and fitness app, Aaptiv, and launched a loyalty program.

The whole program culminated in the launch of WW’s first ever global campaign in January this year, based around ‘Wellness that Works’, using Robbie Williams and Kate Hudson as wellness ambassadors.

“It was about recognising there are so many other demographics and psychographics and consumer segments that needed us,” Tifford told attendees. “We felt that it was important to have people speaking about the brand who maybe didn’t want to lose weight per se but wanted to get healthy. So we felt really confident in this strategy.”

Unfortunately, however, the results of the campaign were less than spectacular.

“We did not get people to sign up for the program,” Tifford said. “This was a really dark time in February of this year.”

Subsequent assessment found people were uncertain of what wellness actually meant and weren’t prepared to buy it.

Rather than dropping the WW rebrand, the company added the tag of ‘Weight Watchers Reimagined’ to help connect the old and the new identities.

“We were moving quicker than our consumers were, and we weren’t bringing them along on the journey,” Tifford said. “By putting Weight Watchers Reimaged in the corner they got it.

“We went back to weight loss as the hook to bring people in and started to tell the story that Weight Watchers is now WW and introduced more than just losing weight but the benefits of living a healthier life.”

Fast forward to September and Tifford said the signs point to the brand story turning around.

“The strategy was right, but the execution was too quick too much too soon, and in a way not bringing our members on the journey with us,” she said. “And so we recognised that pretty quickly, we reassessed, we changed a lot of our plans.

“Our ambition is to be your partner in health and wellness. And it is a very ambitious goal that we have set for ourselves. It is going to take time. But we have put the building blocks in place.”