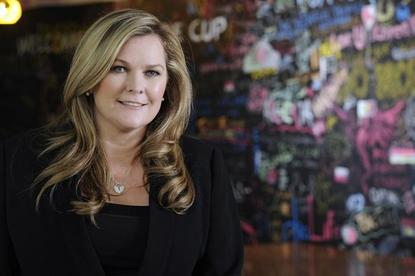 News of Suncorp’s CEO of customer, Pip Marlow, departure has promptly been followed by her appointment as the new CEO of Salesforce Australia and New Zealand.

Just days after Suncorp confirmed Marlow’s departure from the role of chief executive officer for customer marketplace, Salesforce confirmed her appointment from October 2019 to oversee the A/NZ business and drive its next phase of growth. The role is a newly created one.

Marlow joined Suncorp in early 2017 as part of a shake-up of the executive structure that also resulted in the eventual departure of former CMO and chief customer experience officer, Mark Reinke. During her time with the ASX-listed banking and insurance firm, Marlow was responsible for driving customer focus into all aspects of Suncorp’s business including strategy, customer care, partnerships and solutions.

Marlow’s departure from Suncorp coincides with the introduction of a new digital and customer structure that sees marketing, digital, customer and strategy functions working alongside technology teams and tasked with delivering digital-first products.  Overseeing the new function is chief customer and digital officer, Lisa Harrison.

Prior to Suncorp, Marlow spent 21 years at Microsoft, culminating in her appointment to managing director of Australia in 2011. During her time with the software company, she also held a number of director and partnership management roles as well as oversaw public sector.

In a statement, Marlow said she was excited to be joining the Salesforce team.

“I’ve always looked to lead and learn from companies who have strong values and passion for their people, customers and innovation – Salesforce builds on this,” she commented. Ï look forward to working with the Salesforce team to transform the connections companies have with their customers and communities.”

Salesforce chairman and co-CEO, Marc Benioff, and co-CEO, Keith Block, said Pip was one of the most well-respected business leaders in A/NZ and was tasked with driving more growth and customer succession in the region.

“Pip brings a unique combination of industry experience, a strong focus on customer success and a deep commitment to our values,” the pair stated.

Alongside her leadership roles, Marlow is a non-executive director at Rugby Australia, sits on the vice-chancellor advisory board at UTS, is a member of the Chief Executive Women group and an executive ‘ally’ for Pride Diversity.