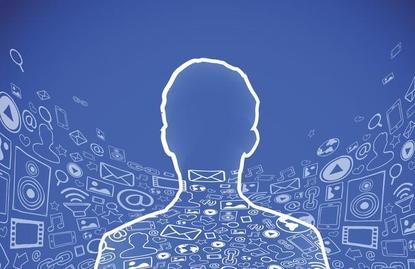 In the wake of the ACCC’s Digital Platforms Inquiry Final Report, the media, marketing and advertising industry appear to have been caught unawares, according to new research from the Audited Media Association of Australia (AMAA).

In a survey of nearly 500 industry execs, a total of 43 per cent said they had never heard of the Australian Competition and Consumer Commission’s (ACCC) preliminary report into Google, Facebook and the Australian news and advertising sector.

CEO of AMAA, Josanne Ryan, said despite the majority of respondents (62 per cent) considering government regulation of global platforms as inevitable, the study indicates a large proportion of the industry have a dramatic lack of awareness and are uninformed about the Inquiry and the preliminary recommendations.

The recommendations covered not only the global digital platforms, but also identified specific concerns with the complexity and opacity of the ad tech supply chain. The ACCC has recommended an inquiry into ad tech services and advertising and media agencies also be undertaken in the future.

Of the marketers and agency professionals surveyed about the ACCC inquiry between May and June this year, seven in 10 had little or no awareness of it. Only three in 10 respondents had read any of the report or about it, with a quarter of marketers reading articles on it, which was twice that of agencies.

“We have chosen to release this snapshot of our upcoming annual media trust research survey early in light of the ACCC releasing the final report of its Digital Platforms Inquiry, due to the low level of awareness among the respondents,” Ryan said.

“The industry has now had a wake up call and no doubt the final report will be compulsory reading, given there is to be a 12-week consultation period as the government steps in to weigh up no less than 23 recommendations from the ACCC.”

Given the ACCC indicated it was shining its light not only on Google and Facebook and their impact on the media industry, but on the opacity of the whole digital ad trading system, Ryan said she is concerned at what appears to be complacency in the industry.

Ryan said the move away from compliance in the Australian media and advertising industry has been telling and echoes concerns the AMAA has voiced as the industry has shifted away from media audit, without any commitment to frameworks that include third-party audit and validation to increase industry level transparency and accountability.

“The industry currently falls short on a cohesive approach to ensuring industry self-regulation is robust and ensures industry standards are consistently adhered to in digital ad trading,” Ryan said.

The AMAA submitted a paper to the ACCC which outlined its efforts to drive discussion and industry-wide movement on more robust self-governance, including compliance to digital trading standards.

“While other countries have acknowledged the issues by working towards industry frameworks for digital trading (UK, USA and Europe), our industry has not moved towards industry-wide compliance,” Ryan said.

The leading media auditing and compliance body’s industry research included annual tracking questions and a range of other industry specific questions and was conducted by independent research consultancy, The Insights Grill.

The majority of the 498 survey respondents were media agency execs (193) and marketers (178), with the remainder made up of media owners and ad tech providers.

CMO will cover the upcoming full annual ANNA media trust report, The Trust Impact, when it's released later this year.