Final report into the power of digital platforms highlights adverse effects of digital giants on everything from media and industry competition to advertising, consumer data use and privacy 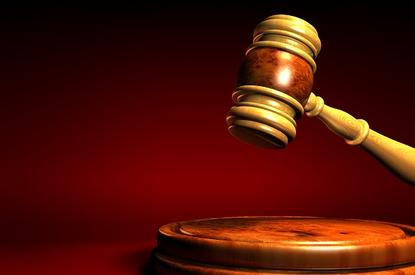 The Australian Competition and Consumer Commission (ACCC) has used its final Digital Platforms Inquiry report to urgently call for holistic and dynamic reforms to counter the adverse effect digital giants are having on our economy, media landscape, competition and society.

The industry watchdog tabled the final 623-page edition of the Digital Platforms Inquiry report today, seven months after its initial findings were released and just over 18 months after the ACCC-led inquiry was announced publicly.

In it, the ACCC makes 23 wide-sweeping recommendations spanning competition law, consumer protection, media regulation and privacy law, more than double the amount of recommendations outlined last December. The focus was on the two dominant player, Google and Facebook.

ACCC chair, Rod Sims, said it was the consumer watchdog’s intention to provide a dynamic framework and information source for government and communities to better navigate the digital landscape now and into the future.

“Action on consumer law and privacy issues, as well as on competition law and policy, will also be vital in dealing with the problems associated with digital platforms’ market power and the accumulation of consumers’ data,” Sims said.

“The dominant digital platforms’ response to the issues we have raised might be best described as ‘trust us’. There is nothing wrong with being highly focused on revenue growth and providing increasing value to shareholders; indeed, it can be admired. But we believe the issues we have uncovered during this inquiry are too important to be left to the companies themselves.”

The overarching view of the report is digital platform are adversely impacting everything from media competition, monetisation and journalism quality, through to consumer data, privacy and digital industry competition.

“Action on consumer law and privacy issues, as well as on competition law and policy, will also be vital in dealing with the problems associated with digital platforms’ market power and the accumulation of consumers’ data,” Sims said.

One hefty recommendation is harmonising the regulatory imbalance identified by the ACCC between digital platforms and traditional news media platforms. Complementing this is a requirement for digital platforms to provide the Australian Communications and Media Authority (ACMA) with codes that can help readdress the current imbalance between digital juggernauts and traditional news media businesses and that also improve value sharing and monetisation of content.

In addition, the report recommends ACMA gain powers to monitor digital platforms and their efforts to deliver ‘reliable and trustworthy’ news. Alongside this, digital platforms would be required to draft and implement an industry code for handling complaints about deliberately misleading and harmful news stories. What’s more, the ACCC advocates introducing a mandatory take-down ACMA code to assist with copyright enforcement on digital platforms.

There are also recommendations for targeted grants supporting local journalism to the tune of $50 million a year, as well as introducing measures encouraging philanthropic funding of public interest journalism in this country.

A potentially more controversial recommendation is around ensuring future industry competition. In its report, the ACCC makes note of the potential harm a digital platform could do by acquiring startups, particularly in terms of data access.

On top of this, the ACCC has called for the Government to set-up a specialist digital platforms branch, with standing information-gathering powers, to proactive monitor and investigate potentially anti-competitive conduct by digital platforms, as well as undertake ongoing market studies.

The first task, the ACCC said, should be conducting an inquiry into the supply of adtech services and online advertising services by advertising and media agencies. This is in direct response to its finding that digital advertising markets are opaque, particularly when it comes to programmatic and automated advertising.

On the privacy front, the report advocates strengthening protections within Australia’s Privacy Act, a broader reform of Australia’s privacy law framework, introduction of a privacy code of practices specifically for digital platforms and overseen by the office of the Australian Information Commissioner, and a statutory tort for serious invasions of privacy.

The recommendations were in direct response to the often long, complex, value and murky privacy policies exhibited by digital platforms, as well as the lack of disclosure around how user data is being utilised.

“We’re very concerned that current privacy policies offer consumers the illusion of control, but instead are almost legal waivers that give digital platforms’ broad discretion about how they can use consumers’ data,” Sims commented. “Due to growing concerns in this area, we believe some of the privacy reforms we have recommended should apply economy wide.”

“There has been global interest in this timely Australian inquiry and the many significant international reports and external developments in the past 18 months. These reports demonstrate the shared concerns and momentum for reform,” Sims concludes in a statement.

“The world has now recognised the impact of the digital platforms’ market power and the impact this has on consumers, news, businesses and society more broadly. Continuing national and world action will now follow.”

At first glance, the industry has welcomed the report for its thoroughness and support of striking a fresh balance between digital platform giants and the wider industry.

Nine CEO, Hugh Marks, for one, saw it as a comprehensive approach by the ACCC on digital platforms.

"The ACCC has successfully identified the steps that need to be taken to bring about change for the benefit of Australian consumers and Australian businesses, in what is a complex area,"  he said. “We’re enthused by the strength of the Government’s clear commitment to implement that change - to protect the personal rights of Australians using digital platforms, to ensure the accuracy and reliability of information provided to Australians and to provide a framework that will assist content creators and owners to fairly monetise the results of their work."

Network 10 chief operating officer, Annabelle Herd, also said the report highlights that not every change presented by the digital platform players has been good for the industry.

“It has taken a long time to get to this point and there is still a way to go to implement most of the recommendations. These are complex issues and, no doubt, there will be heavy push back," she said   “However, it does feel like the glamour of the global digital players has worn off in Canberra and for the first time there seems to be a strong political will to address big issues like inadequate regulation, lack of transparency, and the impact on Australian media companies, consumers and local content producers.”

Throwing a more cautious lens specifically over the startup acquisition recommendation, however, managing director of digital industry association DIGI, Sunita Bose, called on the Australian Government to urgently assess the ACCC’s recommendations against an innovation test.

“We need to closely examine how they will impact Australia’s digital industry at large and Australia’s global standing as a place to invest in technology,” she commented. “The terms of reference of the Inquiry were to look at the impact of digital platforms on competition in the media and advertising services market, with the incredibly important goal of protecting the future of journalism.

“We're closely reviewing these recommendations to ensure they don’t bring unintended consequences to all digital businesses and the choice of digital products available to Australian consumers.

“A thriving technology sector means having large and small, local and global companies all alongside each other, creating an ecosystem where the calibre of employees, business opportunities and the choice of digital services available to Australians all increase.

“We look forward to the opportunity to work with the Government on these recommendations.”

Chief of the Australian Association of National Advertisers (AANA), John Broome, also offered congratulations to Sims and his team for the significant work done to produce such as report. The association expects many of the recommendations will be welcomed by members, and said it also will look to participate in any online advertising and adtech inquiry.

"We will carefully consider the report and consult with our members before making detailed comment... but it's clear to us already that much of the commissioner's report will be warmly welcomed by members," Broome said. "We particularly support the recommendations strengthening consumer protection and consent in relation to the use of their data and the recognition that media regulation must change to reflect the new reality."

The Telecommunications Industry Ombudsman, meanwhile, applauded the recommendation that it take on the role of the digital platforms ombudsman.

“Digital platforms play a significant role in our daily lives to run our businesses, communicate with family and friends, and remaining connected to our communities. The proposal for a digital platforms ombudsman is a timely alignment with current government actions to safeguard consumers and businesses, and their transactions in the digital space,” TIO board chair, the Hon. Prof. Michael Lavarch, said.

“The Telecommunications Industry Ombudsman will work closely with Government, regulators and other stakeholders to implement the recommendations in a way that builds on the strengths of the TIO scheme. We look forward to further engagement in the consultation process.”