Starcom: Consumer expectations are about to take another leap

​Marketers are yet to see the impact of the third connected era on consumer behaviour, but the changes will be profound, says latest Future of Connected Living report 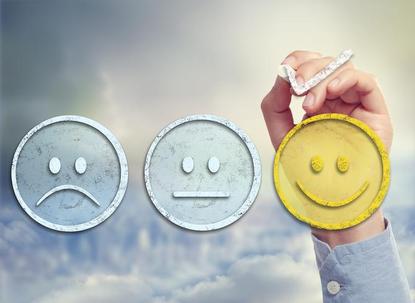 Marketers are yet to see the impact of the third connected era on consumer behaviour, but the changes will be profound when they finally arrive.

This is just one of the findings from Starcom’s Future of Connected Living research project, which took existing homes and transformed them into connected smart homes over a period of six weeks, and observed the resulting changes to behaviour of the inhabitants.

2019 marks the start of the 'Third Connected Era', Starcom said. According to the report, all of the heralded digital platform businesses such as Netflix, Uber and Airbnb that have caused such creative disruption over the last five years are built on the 'Second Connected Era'.

“We are yet to see the impact of platforms built on the blend of AI, Internet of Things, and voice technology that will power the third era,” Starcom national head of futures and product, Graeme Wood, said.

Customer expectations are changing faster than businesses can keep up. And according to Kurzweil’s Law of Accelerating Returns, they are just about to start accelerating again. However, Starcom Futures found while 90 per cent of businesses see their customer experience (CX) capabilities as advanced, less than half that number of their customers rate their experience as great.

It seems the most fundamental change will occur when consumers move to multiple connected devices, as this dramatically increases the expectations of what technology, and therefore service providers and brands, should be able to do.

“When our households went from one or two connected devices to 30 to 40 in the space of a weekend, the change is dramatic," the report stated. "Neither the voice nor the intelligence are seen as part of the speaker. They are part of the fabric of the home. After just six weeks’ experience of smart connectivity, expectations of what a house should be able to do accelerated dramatically."

As specified in the report, the first digital revolution was the Web itself, while the second was the smartphone. The third is posited as smart devices connected by intelligent agents. While smartphones of the second era powered individual intelligence, knowledge, entertainment and organisation, the third era will power collective intelligence, prediction of choice, work/life balance, family and relationships, and health and wellbeing, Starcom predicted.

Starcom noted the home itself can act as an agent with shopping, admin, finance and transport services, suggesting the next connected age will move back to a culture of hyper-service.

“The Internet created a self-service world, of online banking, travel aggregators and ecommerce. The next level of connection will return us to a world of service, but intermediated by intelligent agents rather than humans,” the report stated.

Therefore, brands needs to work out how their category operated before it was disintermediated by the Internet, and how to design services to enable an intelligent agent to replicate that human experience.

As Wood added, the revolution of expectation caused by the combination of intelligent agents and connected devices will make interactions with our homes dramatically different. That points to significant implications on what people expect from brands.

“Technology speed and advances in intelligence are not a linear progression, which makes it harder to predict what’s going to happen even a few years from now. This is why this study aimed to go to the future, rather than trying to guess the future,” he said. “Only last year is was predicted Australia would catch up to US household penetration of smart speakers by late 2020. Now, however, we are going to overtake the US in household penetration of smart speakers sometime this month or next, so far quicker than anyone predicted.

“Voice is going to have significant implications on how all of us go to market. The implication for marketers is that experiences have never been more important. For retailers, for example, it will need to be shop-able or provide how-to recipe experiences. Brands will need to take thing designed to stand out in previous years into a more interactive and personalised service.

“But visual will still be important."

Wood also pointed to a distinction between things like milk - a basic that gets added to a list - and ones like clothing, in which voice is still controlling a visual selection.

"That is going to become an incredibly important distinction in the way we design CX, as more screens become available when controlling the intelligent agents,"  he continued. "Many retailers are still going to rely on visual distinction, but we are going to interact by talking instead of touching and swiping. It will be a voice conversation with visual feedback.”

Starcom said designing user experience for this ‘Tell and Show’ approach to shopping blends the natural human interface of voice with the more attentive rational decision mode required for higher risk purchases. The agency also forecasts growth in the smart screen category will increase the range of categories for which voice commerce becomes preferred.

The report also said as the moment of need for a product and the moment of purchase of that product reduces to zero in a voice-activated home, there will be less reliance on visual cues to make purchases. This means the very model of mental and physical availability itself will be threatened by a lack of visual cues because purchasing can be accomplished without reference to visual shortcuts.

Brands will instead succeed by moving from top of mind to tip of tongue, and being the strongest association to key category entry points, Starcom said.

Finally, the study confirmed consumers are happy to share more data with their network, in return for more personalised and intuitive services.