CMO catches up with newly installed executive creative director of Ogilvy, Gavin McLeod, about his time in the US and what it taught him about modern marketing 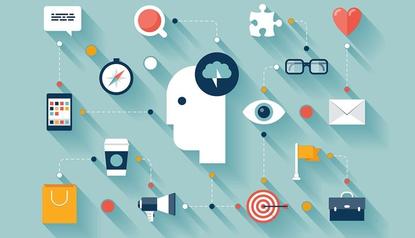 Digital transformation - it’s on the lips of every c-suite executive and a requirement of every organisation. Yet Ogilvy’s new executive creative director, Gavin McLeod, is worried about what it’s doing to the role of the CMO.

The creative and agency expert has just returned to Australia, having spent the past two-and-a-half years working with AKQA in the US. During this time, he managed 65 staff and worked with the CMOs and marketing teams of some of the world’s largest brands, including IBM Watson, Levi’s and Audi.

It was a role that came off the back of an executive creative director’s position with R/GA for four years. Starting when the agency had four people, McLeod ended up working with a team of over 80 that won more than 50 awards and gained a reputation for a progressive marketing approach.

McLeod recently caught up with CMO to talk about his time in the US, what it taught him about modern creative, and his views on how marketing leaders operate.

While McLeod is enthusiastic about the opportunities available in marketing and creative today, he does identify some concerning trends. One is shortening tenure of CMOs, particularly in light of the wider corporate emphasis on digital transformation.

“When you’re talking about transformation, that [short tenure] makes it almost impossible – it’s so hard to deliver when someone leaves in 12 or 18 months,” he said.

A second related issue is what McLeod sees as a sidelining of CMOs on digital change. “In some places, I feel CMOs are becoming more important, but in others, I see CIOs really starting to drive a lot of the decision making,” he said.

“My worry from a CMO perspective, is that CIOs are making decisions with an infrastructure-led mindset and not thinking about brand experiences. Yet look at banking today: It’s the tech-led experience defining the brand experience. I worry CMOs are losing their seat at the table for probably the most important thing for most brands.”

What’s also apparent to McLeod is that even in a best-case scenario, when a CMO is entrenched, restructuring a whole business and making transformation a reality is a huge issue.

“That’s the single biggest challenge,” he said. “Quite often, I’ve been brought in to make sense of these giant consultancy proposals organisations have no idea how to make happen. The reality is even we can’t. There is a gap between the consulting and the vision, and someone who can come in and restructure the internal organisation.”

Whatever the end solution, getting to a position of influence as a CMO means being OK with being uncomfortable, McLeod said – something he personally has sought out throughout his career.

“My personal theory is CMOs have abdicated responsibility for it [transformation] because it’s easier to do work you understand,” McLeod said. “That’s opposed to putting yourself in situations where you are out of your depth, or putting yourself in the hands of people who have more knowledge around the details of this new stuff. I think a lot of CMOs are scared of that.”

McLeod has had plenty of time to witness digital disruption. He started in a traditional advertising agency in his home town of Cape Town, before moving to New Zealand, working in early digital marketing for three-and-a-half years. He then started the digital and direct team at M&C Saatchi.

“I saw it as a natural evolution for direct creatives, as they weren’t so much worried about brand or advertising but instead, client problems and how to solve them,” he explained.

McLeod progressed to TBWA, before getting approached by R/GA to become creative director. He credits R/GA for driving a point of view on what it means to be a marketer in the modern age and taking a business-led approach to client work.

Because the reality of what a CMO is interested in is way wider than many agencies credit, he said. Again, this has been irreversibly impacted by digital interfaces and their role in how we perceive brands.

“Pure marketing is increasingly less important in the mix,” McLeod said. “An analogy a former writer once said to me is brands were historically defined by the paid media in traditional channels. That’s what influenced brand score. But look at advertising now – I can’t remember the last time I saw a bank ad. I deal with my bank every day on the app. My experience of them, and my brand perception, is totally defined by my interaction with that interface.

“The more progressive CMOs understand that.”

It’s for this reason during his time at AKQA, McLeod said he often found himself engaged in brand redesign work.

“CMOs are thinking like that now – they know if they’re going to redesign their brand, they want to design it for a company that understands how people are interacting with interfaces and how that permeates out,” he said.

A great example, according to McLeod, was with IBM Watson. Creative, design, UX and strategy teams worked together from AKQA on constructing a brand identity built on the premise of what people might experience on a third-party platform, such an app or even an ad.

“That’s the future of brand experience – when you’re thinking from that way outwards, rather than up going down into it,” McLeod said.

It’s also these very factors which have led to the shaking up, swapping out and merging of consultancy, agency and tech integration companies. McLeod agreed not every agency will survive.

“A pure shop like AKQA traditionally was approached by clients to build digital systems or at a basic level, websites. We had a deep technical expertise. That game has totally changed,” he commented. “Things are now platform based, so you’re going to be working on an Adobe or Salesforce. The need for an agency to have deep technical expertise in development is therefore less.

“The other side is agencies like Ogilvy have got their act together, they understand digital and have strong capabilities there. On top of that, what they have on pure-play digital shops is expertise in traditional advertising and people who understand storytelling.

“It’ll be interesting to see who feels the pressure the most.”

Another trend McLeod has experienced firsthand is in-sourcing creative, something as widespread in the US as it is in Australia. Again, it has pros and cons for agencies as well as clients, he said. The positives are more open and honest conversations and true partnership.

“What the client loses is independent thinking. It’s very hard not to be politicised by internal thinking as a team, when you have such exposure,” he said. “One strength of the agency is we don’t know all that stuff. We can generally go in with strong strategy and be customer champions. Internal teams have the challenge of balancing what’s right with what’s sellable.

“Sure, there is a naivety to what agencies bring, but I do think we have more of a customer lens. A lot of what we do might fail to get through, but it’s that 10 per cent where you can make big leaps.”

Today’s modern creative team is also fundamentally being reshaped. “The world is now faster. To deal with that, you have to work in a different way,” McLeod said. His view here is to bring strategy and creative closer together.

“Strategy has traditionally been about getting a client brief, spending two weeks coming up with a strategy, and then executing off it,” McLeod argued. “As a creative, everybody will have an opinion of the work and will say it. My challenge is to listen to all that stuff then pick the right choices that propel the work forward.

“Strategy is the same – a strategy is the starting point, but it will evolve like the work evolves. You should therefore merge strategy and creative and simultaneously get them to think about things as much as possible. If you work like that, you’re effectively bringing creative into the business problem, and bringing strategy into execution of the solution.

“And if you have good people, you then get out of the way. You can’t keep the structure of constant reviews, you need to get to things much more quickly. Clients are demanding it.”

With all that in mind, McLeod saw his remit at Ogilvy as building the modern creative department.

“I am a big believer in more diverse skillsets as I’ve seen the value in it. And T-shaped creatives are the way of the future – broad skills but deep specialisation,” he concluded.

“Ogilvy has a great history and legacy with David Ogilvy, who was a very smart businessman. It’s an agency with a business point of view. I’m not another layer of the same skills on top of a bunch of people who are already great at their jobs. I’m bringing something different to it.”