Participation in loyalty programs is waning, according to fresh Australian customer loyalty research 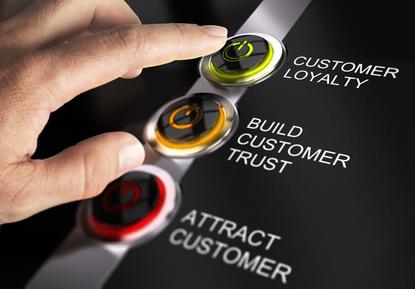 Customer participation in loyalty programs is falling, with 47 per cent of members reporting they have actively used their card or number when making a purchase in the last 12 months.

That's one of the findings of the latest For Love of Money 2019 report. It's the lowest number recorded in four years in the annual consumer study, which takes the pulse on customer loyalty and Australian loyalty programs, commissioned by customer loyalty consultancy, Point of Loyalty.

More than one in five Australian members (21 per cent) reported ceasing to use a customer loyalty program in the previous 12 months from when the survey was taken. And when members depart, the decision is made early on, with the researching finding that almost one in five members (17 per cent) leave in the first three months after joining.

There’s a pretty clear reason people abandon a program, with the rate of earning points or rewards cited as the major reason for their departure. The value of points also matters, according to the survey, which found the majority of members (60 per cent) see the value of points in terms of their cash value.

This year's For Love of Money report also shows half (52 per cent) of loyalty program members are concerned about programs being hacked or subject to fraud. It ranks the seven factors members consider as important when providing their data to loyalty programs with their top three considerations being data security, data use and company reputation.

When it comes to sharing their details with the rewards program, just over one-quarter of members (27 per cent) said programs collecting their personal information is an invasion of privacy, up from 23 per cent in the previous year's survey. Just over a half (51 per cent) are comfortable sharing their information to improve their shopping experience with the program.

Despite any security concerns, loyalty programs remain of interest to consumers, with 89 per cent of adults enrolled in at least one program and the average number of memberships at 4.3 per person and over half (59 per cent) of members reporting a brand or business needs a program in order to help maintain customer loyalty.

Members are focused on the benefits programs offer, with 62 per cent of those surveyed reporting they take advantage of most of the rewards and benefits available through their programs. This was up from 54 per cent when first benchmarked in 2015. Millennials in particular are even more motivated to make the most of their memberships, with over half (68 per cent) indicating they use the program rewards and benefits.

The research was conducted by First Point Research and Consulting through a national online panel of 1000 Australian consumers of men and women aged 18+ who are members of at least one loyalty program. It defines loyalty programs as any type of loyalty or rewards program, VIP club, frequent buyer, member benefits or discount program. The survey was undertaken in the first quarter of 2019.