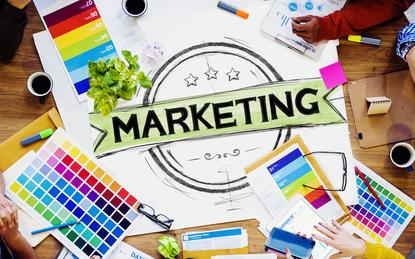 Stephanie Buscemi – the CMO of Salesforce of almost one year – may have walked a longer career path than most to reach the heights of the chief marketer's post. But it was certainly not trodden with lack of vision.

The graduate (from UCLA) went into her career thinking she’d be a journalist, but found herself yearning instead to be a part of Silicon Valley. What followed was years of deliberate strategy to give herself a foothold in tech, and the best possible foundation in all aspects of tech marketing. This is now being complemented by a deliberate effort to pay it forward.

Buscemi has held numerous positions in what has been a transformative time for tech, data and analytics, including as director of global marketing for Hyperion (2007), before it was acquired by Oracle, and a multitude of positions at SAP including SVP of marketing. She was CMO of IHS Markit before making the move to Salesforce five years ago.

Buscemi told CMO she has been a bit of a purist at times, trying to be a student of everything before stepping up. It meant she took a little longer to reach her goals, but it also gave her a base from which she now feels confident to operate.

“I had a few mentors tell me I like to be a student of everything I am covering. But I believe that has served me well – I feel it’s important to me for the people who work for me to understand I have walked a mile in their shoes,” she said. “They need to know, if I’m asking them to do something, I really understand what I’m asking them to do. So it’s been a longer path for me - 20 plus years in reality - but I really think it’s given me a strong foundation in everything for where I am today, to be able to feel good about what I’m asking the team to do, and know how the pieces fit together.”

With an eye firmly on the tech prize, Buscemi went to an agency serving consumer and tech accounts.

“I started as an account director on the consumer side, for big brands, but had my eye across the room. Slowly, I got into tech accounts,” she recalled. “Then one of my clients offered me a client-side job. So it was very deliberate on my part. I knew I wanted to be a part of Silicon Valley, and it would take a couple of stepping stones to get there.

“However, the agency was a great learning ground, as I learned about all the different B2B and B2C issues.”

Buscemi joined Salesforce at a time when the vendor had been trying to enter analytics but not quite achieved it. A highlight of her five-year tenure so far has been changing the conversation within Salesforce to include analytics.

“I had spent two runs at Business Objects (SAP) and also at Hyperion, so I’d done a lot of time in BI and the reporting space,” she said.  “I came in because Salesforce was getting into the analytics space. So my greatest learning and upside was coming into a company that had been focused on CRM and very transactional. I underestimated when I first came in that mindset shift needed to go in and talk about analytics and insights in this CRM business.”

For Buscemi, analytics opens up conversations in a different way. “In a short period of time, I was able to get across this really large organisation, and feel like I was able to help the company, and make a difference to how to enter a category in a new area for them,” she said.

“Now, how we inform the design of products, and how we go to market, is informed by the analytics.”

While many women in high positions talk about the mentors who helped get them there, Buscemi also highlighted the importance of sponsors and recommended everyone needs them if they’re to reach the top of any profession.

“There is a lot of talk about mentors and sponsors, and both are equally important. My mentors have been as much resident therapists as advisors, they are the people I can be the most vulnerable with, but give me the hardest feedback in a safe space,” she said.

“Equally, however, I had sponsors, people I have sought out and had access to deliberately. Rather than asking them to help me, I understood what their priorities were and provided my skills to help them, like on a short-term project for example - and therefore demonstrate my value to them. It is the combination of the two that has been the most helpful, for me. It’s both having a confidant plus a sponsor who can open the right doors.”

Buscemi is also a big believer in women assisting other women into leadership positions, particularly within the male-dominated tech industry. She said women need to make themselves uncomfortable in their careers more, and be better at self-promotion.

“As a female executive, I spend a lot of time looking at research to understand how we can get more women in leadership positions. I think constantly making ourselves uncomfortable is going to be a necessity,” she said.

“When I look at a man and a woman who started in a company at the same time, the men always scored themselves higher than the women in self-evaluation. There tend to be this imposter syndrome with women. I’m not critical of it - I can relate to it, that was the purist in me needing to understand everything before I took a role.

“But for women to be successful, there’s going to have to be a mind shift to let that go. Women need to give themselves permission to let go, for there to be a faster path than how I did it.

“A big learning for me in my career was figuring out that the best marketing was when I could give a vision and direction and empower others to do it. And to be at my most comfortable when I surround myself with people who are smarter than me, in each and every area of their craft, and for me to help to guide them into something wonderful. It’s that level of confidence and uncomfortableness that perhaps women haven’t previously been great at.

“I’m such a believer in the pay it forward with women, we need to help other women, and I don’t understand when we don’t do that! How else do you think we’re going to get this done?”

- Vanessa Mitchell travelled to Connections as a guest of Salesforce.