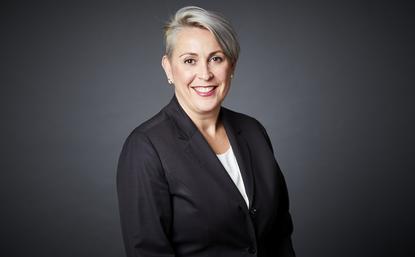 MetLife Australia says its decision to create a chief customer and marketing role is about elevating the role and cultural approach within the business.

The financial services and insurance provider has promoted Chesne Stafford to be its first chief customer and marketing officer from her former position as chief distribution officer, which she has held since 2015. Stafford has 20 years’ experience in the financial services space, including lead generation, state management and sales strategy roles with MLC, NAB Wealth and OnePath prior to joining MetLife.

To fill the distribution gap, MetLife has also brought on former executive GM of growth, advice and marketing at Sunsuper, Michael Mulholland. Among his achievements are helping the superannuation fund grow from a $25 billion to $66 million business boasting of 1.4 million members.

“These appointments are a boost to our bench strength in customer and marketing, and sales and distribution,” MetLife CEO, Richard Nunn, said. “We plan to grow the business and to be able to do that, we need the right capabilities at the most senior level. I see the need to push harder in both these areas as the way forward to making a real impact on the market and ultimately, our customers.”

Stafford’s promotion comes off the back of building the group’s distribution strategy, which helped propel MetLife to third position in the market for group insurance, Nunn continued.The leadership reshuffle also comes off the back of Nunn’s own appointed to CEO in May 2019 and form part of a new business roadmap focused on customer centricity and growth.

“This new role is an opportunity to apply her skills and expertise in distribution with a customer lens,” he explained. “We need someone always championing our customers, and making sure we’re creating experiences that meet their needs and expectations.”

“At a time of unprecedented change in  the market, we need to consolidate and maintain our strong position in established channels such as group [insurance], while looking to find new areas for growth,” Nunn added.