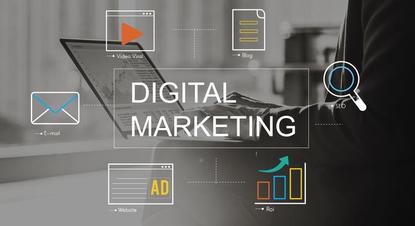 The new CMO of Nearmap, Harvey Sanchez, has got a big job to do. But then, Nearmap itself has some very lofty ambitions it's looking to cover.

To date, the aerial imagery company has performed analysis on over one million square kilometres of imagery across Australia and the US, which constitutes about 80 million properties, and is performing more every day.

Nearmap supplies these high resolution aerial imagery as a service to businesses across the world, powered by geospatial mapping technology. Using its own patented camera systems and processing software, the company captures wide-scale urban areas in Australia, New Zealand and the US multiple times each year, making fresh content instantly available in the cloud via web app or API integration.

The business recently launched Nearmap 3D, which allows customers to stream and export 3D aerial imagery on-demand at scale, through its Web application. Nearmap has also developed a new AI technology turning millions of aerial images, captured over a decade, multiple times a year, into datasets. These datasets can be used to measure change and quantify attributes, such as solar panels, pools, roofs or construction sites.

Sanchez sees Nearmap as Australia’s best-kept secret, and his job as CMO is really only just getting started. He describes the role as a white canvas opportunity to grow both the value proposition and brand awareness globally.

Sanchez was previously director of marketing for Accenture and eBay, and spent 20 years in various roles at Microsoft.

“I came to Nearmap nearly a year ago, and what I saw is Australia’s best kept secret,” he told CMO at the company’s Navig8 event in Sydney. “There are many opportunities to really drive the brand, however, it’s a white canvas opportunity for me. Very few tech companies are growing at the scale we are in Australia, but we are probably too niche, which is not where we should be. So we need to expand brand awareness, and brand consideration, and the value proposition we have.”

Easier said than done in what is essentially a moving target. Sanchez told CMO Nearmap is discovering new use cases almost daily for its technology, and describes the business not as a startup, but rather a tech innovator breaking new ground.

“What we are doing is building a brand new industry. Eighty per cent of people that buy Nearmap have never bought aerial imagery before. For example we’ve just helped a Koala conservation society – so we’re building new use cases never seen before,” Sanchez explained.

In terms of marketing the product, Sanchez is a believer in letting the product speak for itself – with a fair amount of help from both content and his martech stack.

“The marketing is fantastic, because one of the ways to do that is to show what we have – which beautiful imagery at tremendous scale, so we demo the tech. It is such a visual product, the images are very high definition, the product itself speaks on its own. But we do have to demystify a lot of it," he said.

“We have to show it in a way that is easy to understand. 3D very hard to do, a third of the company is in R&D – innovation is at our core."

Another major emphasis is on globalising. "We have operations in Australia, US, NZ, and are just starting in Canada, and have ambitions to take this global, so we needed our marketing foundation to be a global foundation," he continued.

“Of course, given the product, digital is important for us, and as we deal with many different industries we must be hyper targeted and hyper relevant for our customers through digital.

“We have strong brand equity in Australia, but in the US we have to build it up."

Data-driven content through digital is vital in achieving this task. "We have the tech, but explaining it and educating people through content is our number one priority. That is fundamentally what we need on a global scale," Sanchez said.

“SEO, SEM, programmatic are important too. As an Internet company we need to be seen where our targets are. But we also need to tell people what they can do and how to do it, so the right content is built for them. We need to educate really well. We have a lot of content, its fundamental to us, in fact, when I came on-board I tripled our content team."

CRM is another vital part of the picture, and Nearmap has a martech stack including Marketo, Salesforce, Adobe Experience Manager. Nearmap’s marketing also runs over 40 events a year and attends many others.

“For brand awareness and consideration, we need to be at these types of conferences. We also host webinars,” he said.

To gauge success, the team measures metric such as brand consideration, brand health and the value of the brand in its space, as well as ROI, cost per lead, and conversion rates.

“We need to do a lot of work to get our brand into the consciousness of a wider audience. We are aiming for: instead of Googling it, you can Nearmap it – which is a big job," Sanchez added.

“But given we have all the stunning imagery taken over time and we can use AI to define it and analyse it, we can start to create amazing attributes and insights that have a strong play in the national agenda. So if we elevate our brand, we can move into this space.”