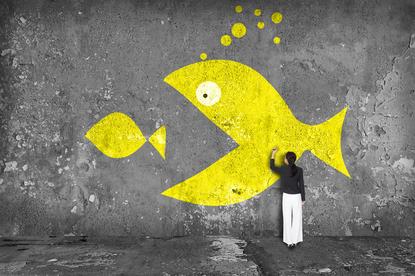 In another big acquisition this week, Wesfarmers has agreed to purchase Catch Group, in an effort to accelerate its digital and ecommerce capabilities.

ASX-listed Wesfarmers today announced it has entered into an agreement to acquire the Australian online retailer for cash consideration of $230 million. Subject to completion of the transaction, Catch Group will operate as an independent business unit, under the oversight of Ian Bailey, the managing director of Kmart Group.

In a statement, Wesfarmers described Catch Group as an established, profitable and cash-generative business that operates an online business model offering branded products on a first-party basis and a third-party online marketplace. Its online operations are supported by two fulfilment centres in Victoria.

In the second half of 2018, Catch Group reported its gross transaction values rose by 62 per cent.

Wesfarmers managing director, Rob Scott, said the acquisition is consistent with the group's disciplined approach to capital allocation, including investment in opportunities adjacent to its existing businesses. It is also consistent with the Group’s focus on investing in and building its data and digital capabilities.

“Catch Group has a high calibre management team and a leading ecommerce platform with quality fulfilment assets,” Scott said. “This acquisition represents an opportunity to accelerate Wesfarmers and Kmart’s digital and ecommerce capabilities whilst continuing to invest in the unique customer and supplier proposition provided by Catch Group.”

“We are excited to work with the Catch team and look forward to leveraging our capabilities to grow the business and accelerate the customer-driven, omni-channel initiatives across Kmart and Target,” he said. “This will further drive best practice in supply chain, fulfilment and online execution across our brands, including opportunities for Target to secure online fulfilment capacity and productivity benefits. Catch will also benefit from the support of Kmart Group’s scale and capabilities to drive its continued growth in its existing marketplace business.”

Catch Group managing director and CEO, Nati Harpaz, said the team was looking forward to becoming a part of the Wesfarmers  and working with Kmart for the benefit of Catch’s business partners and customers.

“Catch will continue to deliver innovation in the online market in Australia, with the focus of delivering great value and savings to our customers,” Harpaz said.

Completion of the acquisition is subject to a number of conditions, including approval by the Australian Competition and Consumer Commission merger clearance, which is expected in the coming months. The acquisition will be funded from existing debt facilities and is not expected to affect Wesfarmers’ existing credit ratings.

Bailey assumed leadership across the Kmart and target brands after Wesfarmers star Department Stores Division leader, Guy Russo, retired from his position as CEO at the end of last year. Russo remains an advisor to the group for the rest of the 2019 financial year from 1 November.