Report: Retailers must up the speed, accessibility of ecommerce 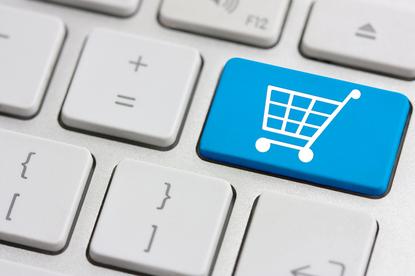 However, it is retailers embracing not only seamless service and delivery, but looking to the future to biometric purchasing, augmented reality and voice and image-based search, who will achieve greater share of wallet into the future.

According to the Inside Australian Online Shopping 2019 eCommerce Industry Report, online spend reached 10 per cent of total retail sales in 2018, taking its share two percentage points higher than the previous year. Australians spent $27.5 billion buying online, an increase of 24.4 per cent year-on-year (YOY).

Yet charging for returns was problematic, and 29 per cent of consumers said it was too much effort to organise a return. Just over one-third 34 per cent indicated it was too expensive to return a product, damaging brand loyalty.

Ecommerce growth was driven by Australians embracing the Black Friday/Cyber Monday events in November last year, which grew sales 28 per cent YOY and now represents the biggest week in the country's ecommerce history. The five weeks from 11 November to 15 December accounted for almost 15 per cent of all ecommerce transactions in 2018.

The report also highlights growing consumer expectations around rapid or time-specific delivery options. Next-day deliveries grew by 31.7 per cent and more than 62 per cent of those were fashion-related.

General manager of parcel and express services/intermediaries at Australia Post, Ben Franzi, said retailers are increasingly looking for ways to stand out from their competitors. Speed of service is being used as a competitive marketing tool to convert more sales and retain loyalty.

"As more retailers provide faster fulfilment and delivery, shoppers’ expectations will continue to grow," he said. "As the ecommerce landscape is constantly evolving, retailers must adopt new ways to grow their market share. The future of ecommerce is an interconnected physical and digital world, providing consumers with the ability to purchase when, where, and how they choose.”

Marketplaces are dominating the ecommerce market. The number of marketplace purchases grew by 31.2 per cent year-on-year, and in the second half of 2018, Catch Group reported its gross transaction values rose by 62 per cent.

Buy now pay later (BNPL) continues to accelerate as well, particularly in the fashion sector, which is largely driven by a younger demographic. Afterpay is the most popular BNPL provider, recording $2.3 billion in underlying sales through its platform in the second half of 2018.

According to consumer research, the most effective marketing channel remains email, with 39 per cent of shoppers reporting they heard about a promotion via this channel. Over 15 per cent of respondents indicated social media was the second most effective channel, followed by Web advertising at just 11 per cent, which declined overall 46 per cent.

Personally addressed physical mail is also gaining popularity and has seen an increase of 16.6 per cent YOY.

With almost 1.35 million Australian consumers already owning a smart speaker, and ownership growing 200 per cent between July and November 2018, Australia Post's report anticipated 30 per cent of all retail-oriented searches will be completed without a screen next year. This makes accurate product tagging increasingly important for ecommerce retailers, and the report highlighted visual search and augmented reality also becoming more common.

The report found the average ecommerce website requires shoppers to click 22 times before completing their purchase. However this is set to change with the use of biometric technology, which helps to eliminate fraud and speeds up the checkout process. Research indicates 68 per cent of consumers in Australia, the United States and the United Kingdom believe biometric payments will become more common within the next two to five years.

Customer service later in the day is also vital, with the report showing 32 per cent of consumers shop online between 7-10pm, with 21 per cent occurring between 2-5pm. Laptops are mostly used for online purchases (32.8 per cent), however this fell by 5.1 per cent YOY, with mobile growing by 28.8 per cent. Desktop purchasing also fell by more than 11 per cent.

Finally, the research showed 49 per cent of online shoppers would choose to buy products from businesses that are taking action to reduce their impact on the environment. Impressively, over 50 per cent said they would choose to purchase from retailers that offset the carbon emissions incurred from shipping.

The Report is based on analysis of 2017 and 2018 deliveries data recorded by the Australia Post Group.