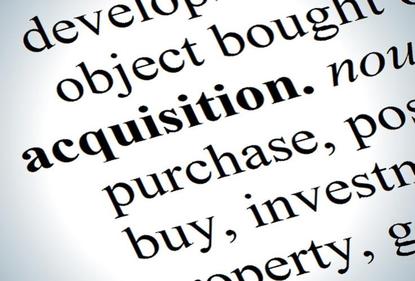 Amazon has confirmed it is acquiring the ad server and creative optimisation divisions of Sizmek’s ailing business, strengthening its own offering against the might of Google.

After a couple of weeks of speculation, Amazon issued a statement on 31 May confirming an agreement to purchase the Ad Server and Dynamic Creative Optimisation (DCO) components of Sizmek’s business. The Ad Server will help Amazon place advertising across the Web, while DCO helps personalise display advertising based on data sets.

The news comes two months after Sizmek filed for Chapter 11 bankruptcy protection. It also comes a month after the business announced Zeta Group was buying its DMP and demand-side platform (DSP) capabilities in a deal worth US$36 million.

Amazon noted Sizmek and Amazon Advertising had many mutual customers, which indicated how valuable the solutions were to its customer base. The move comes as Amazon ramps up its own advertising offering, launching services officially in Australia in April. Reports suggest the deal gives Amazon the second-largest ad server footprint in the market behind Google.

“Sizmek has been searching for a buyer for Sizmek Ad Server and Sizmek DCO, and we are both committed to continuing serving their customers at the high standards they’ve come to expect, Amazon said in a statement. “Once the deal closes, Sizmek Ad Server and Sizmek DCO will operate separately from Amazon Advertising for the time being. We look forward to working with the team, and we’ll share more updates as we invent and create new opportunities to better serve our advertisers over time.”

Financial terms have not been disclosed. In its own statement, Sizmek thanked customers for their patience as it sought to find a home for its solutions.

Commenting on the deal, Gartner analyst, Andrew Frank, said Amazon is reinforcing its strategy of streamlining performance advertising and cutting out the middle man by scooping up intermediaries providing ad servers, DSPs, SSPs, and exchange and so on in one package.

"The key is aggregating direct publisher relationships and layering its rich data into the customer acquisition formula," Frank told CMO. "Although Google and Facebook do this too, Amazon is unique in directing ads back to its own platform where it can take a transaction fee if the ad results in a sale. It's a retail and a media business in one."