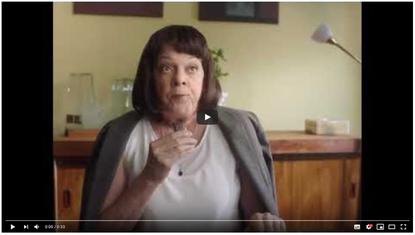 Darrell Lea will call a halt to its latest ‘No worries Jan’ campaign launched this week after Yellow Pages owner, Sensis, issued a cease and desist letter to the confectionery company requesting it to stop cheapening its iconic creative.

On 30 May, Sensis issued a cease and desist letter to Darrell Lea and major television networks to stop them showing the remake of its iconic 2000 Yellow Pages ‘Not Happy Jan’ ad immediately.

The remake of the 2000 ad was designed to relaunch Darrell Lea in the Australian market and debuted on TV screens this week.

In its letter, Sensis said it was flattered to see its iconic Yellow pages campaign, ‘Not Happy Jan’, referenced in the latest creative. However, it was quick to point out the material was used with consultation or approval.

“To see the Yellow Pages brand, which is iconic and trusted by many Australians, and our beloved character Jan, used by another company for commercial gain is a total shock to us and our customers,” Yellow executive general manager, James Ciuffetelli, said in a statement.

“By imitating our ad, we believe it is misleading to consumers. It’s clear on social media that a number of people believe Yellow Pages has endorsed this campaign, which is not the case.”

What’s more, Ciuffetelli said the fresh advertising campaign was cheapening its IP, and said Sensis was acting to protect its investments and goodwill.

“It is important for advertisers and agencies to protect their work, creativity and innovation,” he continued. “This advert is so loved we feel we share it with the Australian people, and we believe it is right to protect this from being cheapened to sell chocolate.”

In its response, Darrell Lea confirmed it will cancel the ads. However, it noted disappointment in the decision, as well as took a cheeky swipe at Sensis’ initial support of its activities via social media, adding it will also be sending Sensis a big box of chocolate.

“We are disappointed that today we were issued with a cease and desist letter from Sensis over our television ad,” the statement read. “Darrell Lea believes that chocolate makes things better. Seeking to communicate this message, we wanted to celebrate a classic Australian television ad and give it a modern twist.

“As an Australian company with a 92-year heritage, we wanted to give an iconic ad a new lease of life and from the comments we received, the response was extremely positive.

“We were particularly delighted when the Sensis social media team posted their support of our ad across social media channels [on Wednesday 29 May 2019].”

The ‘Not happy Jan’ ad first debuted on Australian TV back in 2000 and featured Australian actress, Deborah Kennedy. As part of its latest campaign, Darrell Lea brought back the actress to reprise her role as well as borrowed the same storyline, but replaced the final tagline to ‘no worries Jan’ after the gruff boss eats some Darrell Lea chocolate.

A second 15-second slot, dubbed ‘Makes it better’, then shows the unfortunate Jan sharing chocolate with a colleague. The latest advertising campaign was created by Akkomplice.

The Darrell Lea business, which went into administration and closed all its stores in 2012, was purchased by the Quinn family. In 2018, private equity firm, Quadrant Private Equity, purchased a majority stake in the group, giving it a fresh cash injection. Darrell Lea is now running alongside the RiteBite Group, which has reportedly spent more than $100 million on acquisitions over the past 18 months expanding its footprint into Australia’s snacking space.

Sensis said it still delivers the Yellow Pages print directory to more than 7 million households and businesses across Australia, and has 5 million users per month to its online version.