Susan Coghill was previously the general manager creative, content and campaigns for the organisation 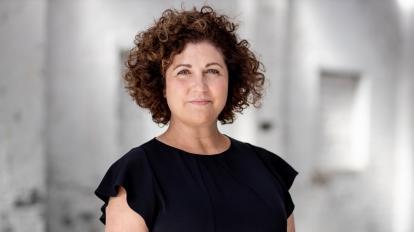 Susan Coghill, has been appointed the new CMO of Tourism Australia, replacing Lisa Ronson who left the organisation in March.

Coghill was previously the general manager creative, content and campaigns, and will take up her new role immediately.

Ronson joined Coles as its first dedicated CMO in some time and commenced her position on May 1. Ronson’s innovative work over her tenure and, in particular, the ambitious ‘Dundee' Superbowl campaign in 2018, which received a coveted Titanium Lion award at the 2018 Cannes Lions International Festival of Creativity, earned her the top spot in the 2018 edition of the CMO50 list of Australia’s most effective and innovative marketing leaders, produced by CMO.

According to a statement from Tourism Australia, Coghill helped set the creative marketing direction for the organisation, overseeing the recent Dundee, Undiscover Australia and Australia Inc. campaigns. She was also instrumental in completing the organisation’s agency roster, bringing on board new creative agency, M&C Saatchi.

Coghill said the opportunity to lead the marketing team at Australia’s national tourism organisation was a huge honour.

“As an American who fell in love with Australia on my first visit as a holidaymaker and has now made it my home, this is a dream job. To say I’m thrilled is an under-statement," she said.

“This is an extremely exciting phase in our marketing journey at Tourism Australia. I’m blessed in having an amazingly talented team in place, strong and committed agency partners and a shared vision in how we tell our story and add value for our industry.

“I think Dundee shows what can be achieved when you think big and are brave. It’s certainly that same bold ambition I’ll be encouraging as new CMO,” she said.

“In her less than three years with Tourism Australia, Susan has brought enormous energy, drive and passion to our business and helped take our creative work to new levels.

“She’s demonstrated an impressive ability in bringing the best creatively out of teams. We’re already seeing that in the creative and collaborate way our own marketing team is working with our new agency partners,” he said.